Newsletter
Sign Up today for our FREE Newsletter and get the latest articles and news delivered right to your inbox.
Home » 2013 Lowrider Supershow Roll in Coverage 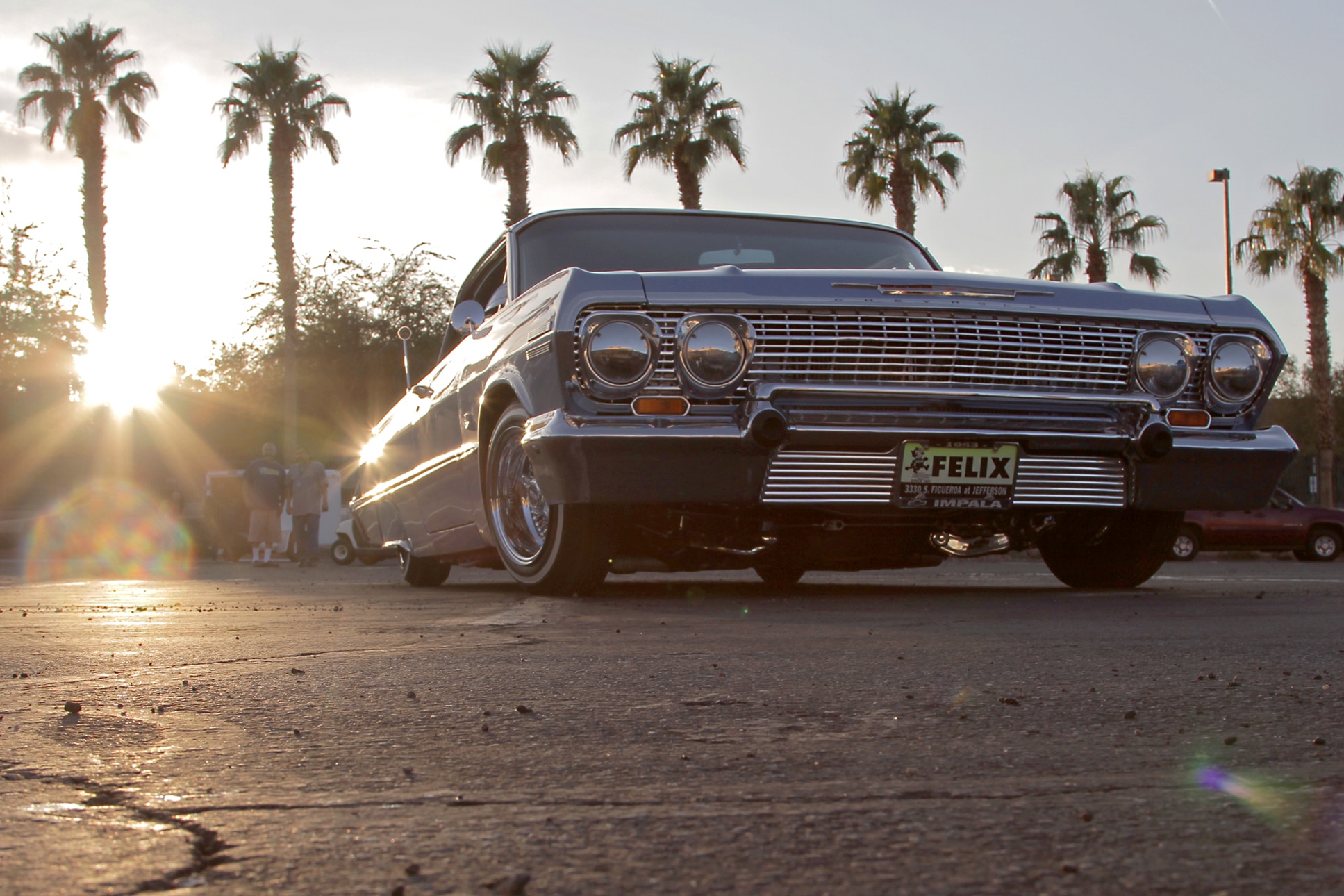 Once a year the Super Bowl of Lowriding heats up the desert in Las Vegas, Nevada with the Lowrider Super Show. Just like everyone says, “If you’re only going to one car show a year, make it this one.” It really is that good. People literally travel from around the world to make it out to this one event, and they end up coming back year after year. With an event so large we wanted to break up the coverage into segments so we made sure to capture as much as possible.

While most of you may have seen images of the cars, the hopping, the girls, and the concert on line before, we wanted to give you a little behind the scenes look of what it takes to get these cars all set up for their big day. With over 1,000 cars bikes and trucks in attendance it’s no easy task lining them all up and making them look pretty. Some people take years perfecting their car display, while others prefer to keep it simple. The level of attention to detail here is beyond anything I’ve seen before. Every part of the car gets cleaned and meticulously inspected all weekend long. Some guys even do the same thing with their display props.

This guy had a custom carpet hand made to display his car, and despite the carpet being an off-white color, there wasn’t event a spec of dirt on it.

Even after making my rounds through the halls and the parking lot, as soon as I made my way back up the hill, I knew I hadn’t even come close to covering the day of load in. So I’ll leave you with the pictures, and let them do the talking. Stay tuned for more from the Show tomorrow.