Newsletter
Sign Up today for our FREE Newsletter and get the latest articles and news delivered right to your inbox.
Home » 2015 Wisconsin Fiesta 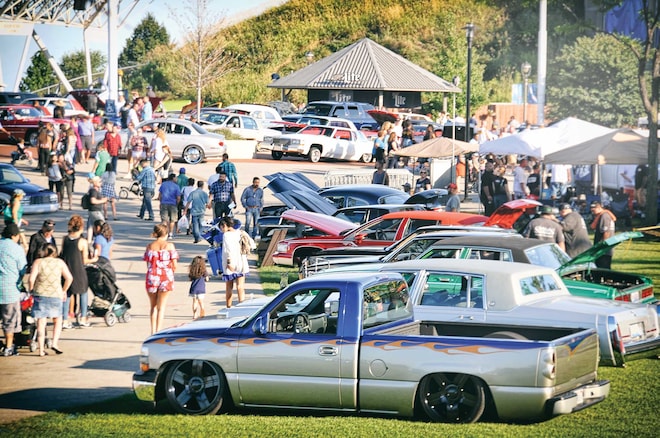 It’s three days of fun, food, Mariachi, and fiesta for everyone. Mexican Fiesta is more than just a celebration. It’s an affirmation of the belief that our community is alive with promise. Education is the key to the future, and, through scholarship awards, the festival becomes the gateway to young Hispanic men and women taking their rightful place in society.

In 1973 a South Side street was closed to traffic to celebrate Mexican Independence Day. It was the first time that there was the excitement of a neighborhood street fair, a sense that it was time for this thriving community to show itself and others the extraordinary beauty of a culture rich in diversity. The possibilities were endless! Music! Dance! Tradition! Lowriders! A colorful pageant was born and now 40 years later a flourishing Mexican Fiesta has become a stunning tribute to the vitality of the Hispanic community.

Milwaukee lowrider show promoter Mario Reyes and his crew put on one of the best lowrider shows in the Midwest in the Summerfest grounds during Mexican Fiesta. The Fiesta was also home to the Hot Wheelz 2015 Car and Truck show. With over 300 vehicles in attendance, this show has become the largest show in Wisconsin, and a highly anticipated event among area riders.

On behalf of the Wisconsin Hispanic Scholarship Foundation and Mexican Fiesta, they would like to extend their gratitude to all who worked together to make Mexican Fiesta 2015 a huge success. The revenue from the event will go directly to the foundation, which will give away scholarships to Hispanic students. It is hoped that the dedication and support for the festival will remain strong in the years to come, under the united cause of helping Hispanic youth pursue a higher education. Be sure to attend this event next year, as it’s really a great celebration of the Mexican culture. Besides the fun, it’s a great way to give back to the future generation of leaders in our country.