Newsletter
Sign Up today for our FREE Newsletter and get the latest articles and news delivered right to your inbox.
Home » Drastic 14th Annual BBQ 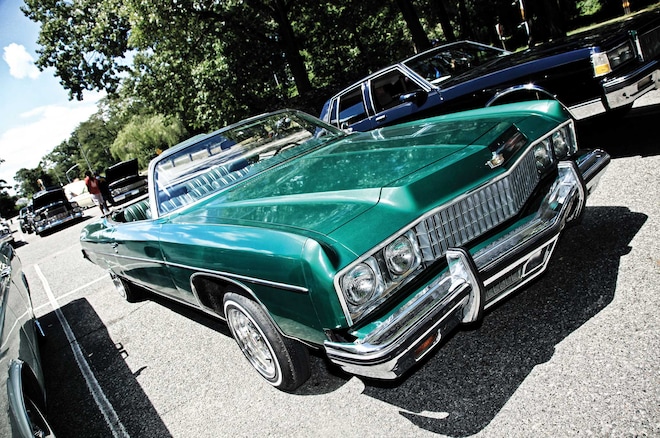 “Originally, the BBQ was something we would do with the club at my house,” explained Marvin Shivnarain. The BBQ was never meant to be a big event, but many other local riders heard of the BBQ and the club kept inviting more and more people. Eventually they ran out of room for all the cars and decided to move it to the park and began an annual event. In 2001, Drastic hosted their first official BBQ at Valley Stream State Park. “The event could have been a lot bigger, but we decided to keep it more exclusive to lowriders,” says Marvin.

This year, Drastic Auto Club hosted their 14th annual BBQ and admission to the show was one can of food per person. The canned food is donated to the Island Harvest Foundation to feed the homeless. Members of Drastic worked the grill all day to feed show participants and spectators. With about 300 cars, the club had their hands full.

Many clubs from New York showed up such as Tekniquez, Certified, Ghetto Fam, Lunatics, and Grounded For Life. Many out of state club showed up from Massachusetts, Rhode Island, New Jersey, Virginia, Maryland, and South Carolina like So Co Lowz, Chicanos, Tru East Siders, Modern Times, Skrape House, Individuals, Obsession, Loyalty, and Lowrider Connection. Also in attendance was Andrew with his blue Cutlass who showed up to defend his King of New York title. Andrew was crowned The King of New York for the seventh straight year.

If you haven’t attended the show before, check it out in 2016. We’ll be out there and looking for cars to shoot. Until next year.