Newsletter
Sign Up today for our FREE Newsletter and get the latest articles and news delivered right to your inbox.
Home » L.A. Story 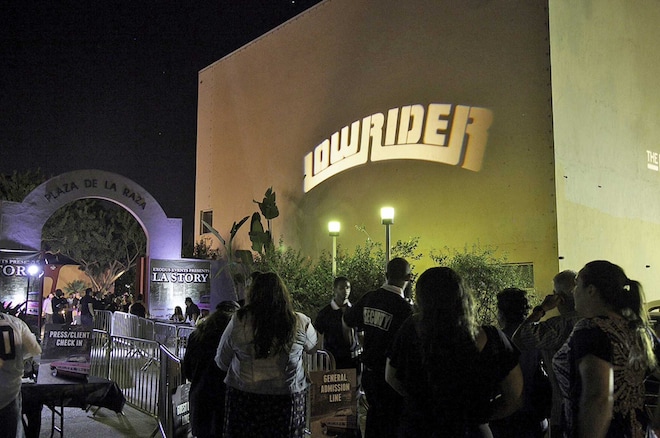 To celebrate the culture, heritage, and lifestyle of the classic lowrider, Exodus Events orchestrated a one-night shindig called “L.A. Story.” The event, which was held at the Plaza de La Raza in Lincoln Park, became home for thousands of spectators who took to the walls to appreciate the art, and later in the evening, lent their eyes, ears, and feet to musical performances by LRS Xposure and the legendary headliner, Tierra.

Founded by Antonio Pelayo and co-founder, Steve Guerrero from Exodus Events, L.A. Story was a mid-summer night affair that gave us all a chance to soak in the past, while enjoying the present. Aside from sharing our culture and giving us good ambiance to revel in, the event also served as a benefit for Plaza de La Raza.

Hosted by Compton Dave and Lala Romero, the event was also sponsored by Petersen Museum, as well as Lowrider Magazine. In all, it was a great event, which we hope will repeat itself, and the pictures speaks a thousand tales about a night that attendees won’t forget, and a night of regret for those who weren’t able to make it out.