Newsletter
Sign Up today for our FREE Newsletter and get the latest articles and news delivered right to your inbox.
Home » Tijuana’s La Vuelta Car Meet – Cruise Night 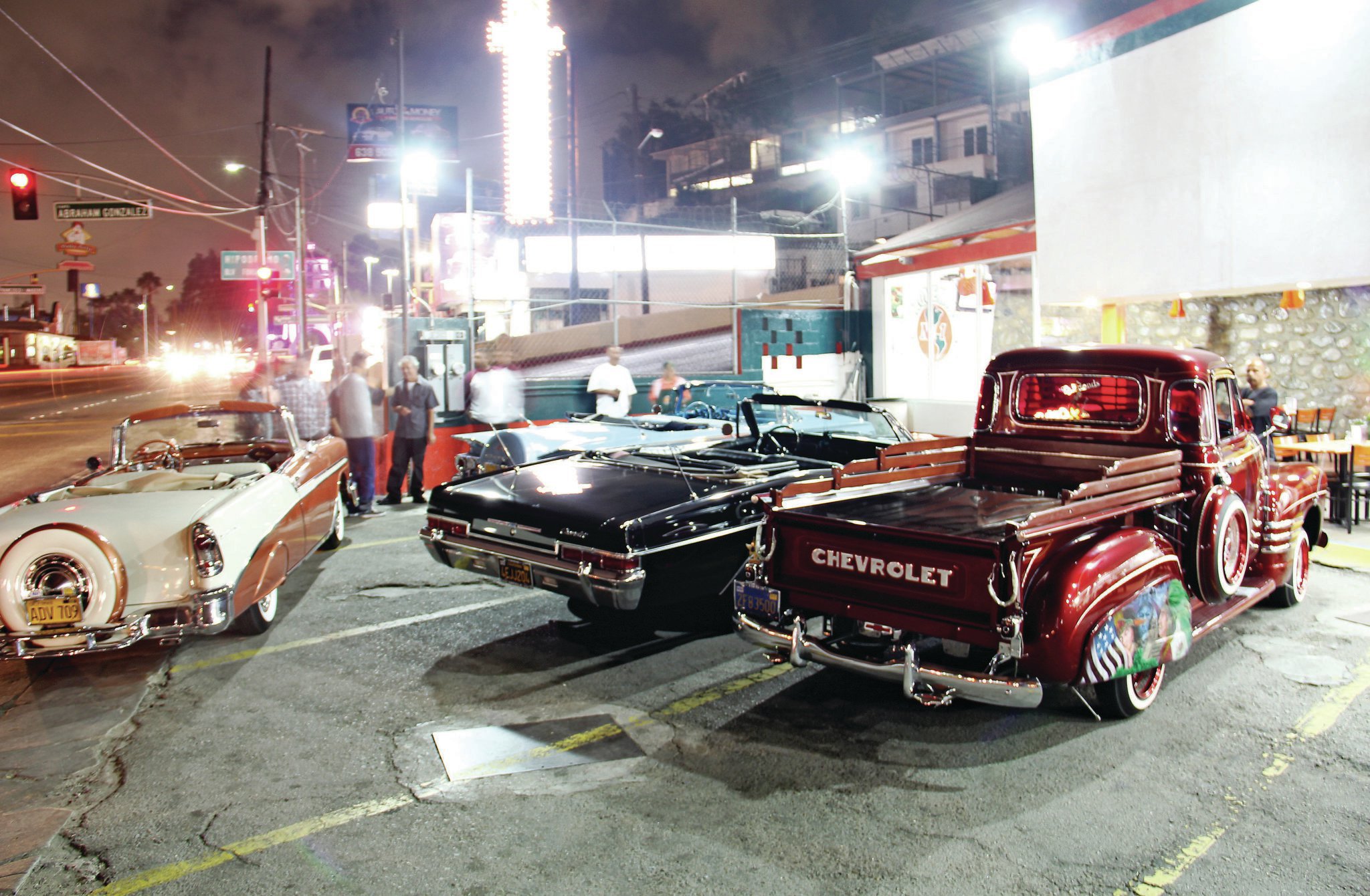 As we made plans for our trip to Tijuana, Mexico, to cover the De La Raza car show, we got word that every Saturday the lowrider community of Tijuana and its surrounding area gather at “La Vuelta” (the turnaround) for their weekly car meet. La Vuelta is located at the end of the famous Avenida Revolucion. We decided to go a day early to see what the streets of TJ had. We contact Alex Penaloza of our early arrival. Alex not only picked us up at the boarder, but also spread the word of our early arrival on social media, creating hype.

As we pulled up to La Vuelta we had over 100 lowriders already there. Some of the clubs that showed up included Low Style, Socios, High Life, TJ Friends, Tijuas Clica, Oldies, and Dynasty. Most of the cars were parked and checking out the scene, but guys from Pro Hopper Tijuana, High Life car club, and El Valo were up and down gas hopping and scraping. We hitched a ride with TJ Friends in their all-original 1956 Bel Air convertible and headed to La Zona Rosa and back. After cruising, we headed over for some tacos and called it a night.