Newsletter
Sign Up today for our FREE Newsletter and get the latest articles and news delivered right to your inbox.
Home » Imperials 35th Anniversary 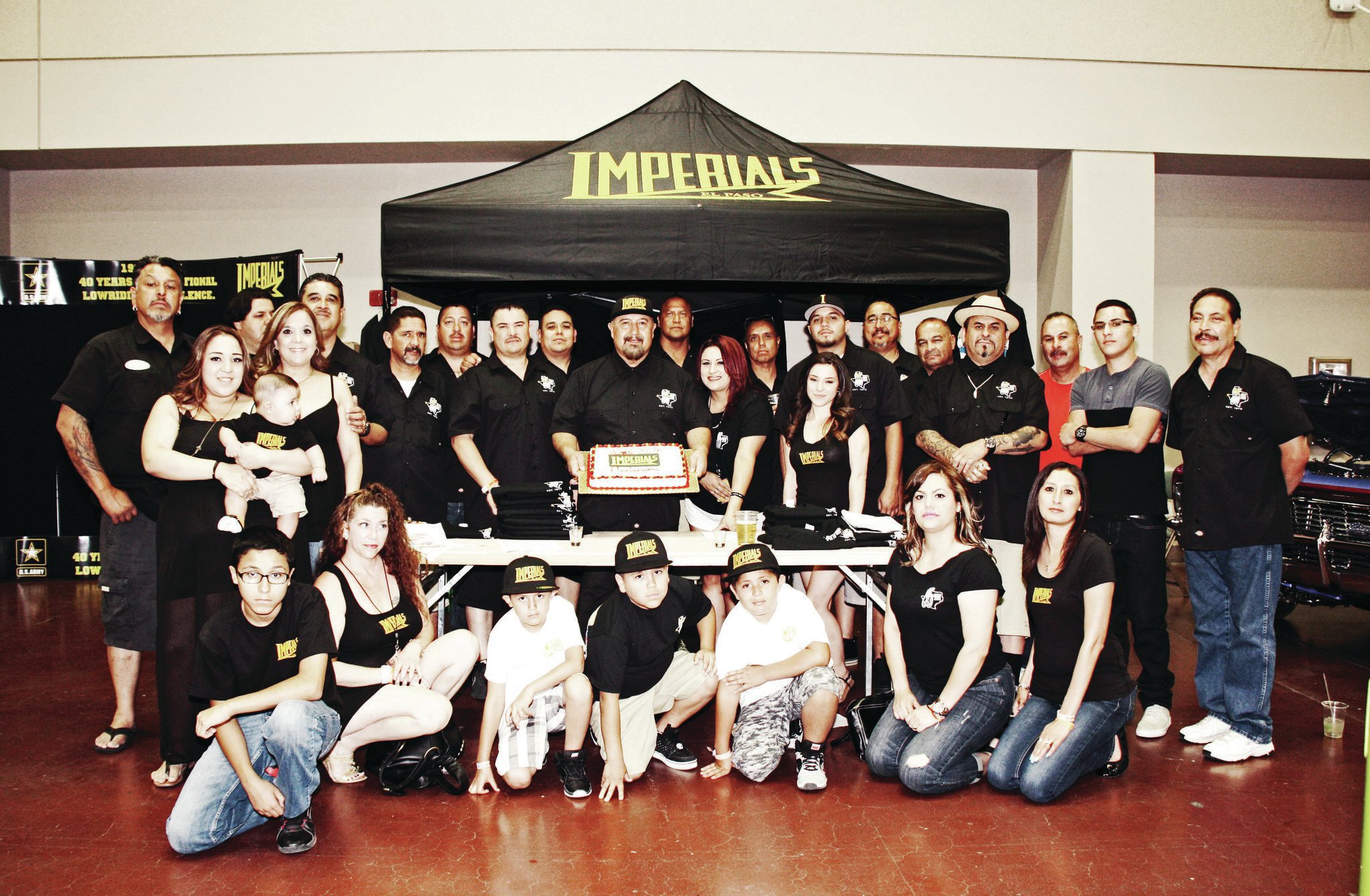 On June 21 and 22, Imperials El Paso and the city of El Paso, Texas, with Rave Marketing and O’Reilly hosted its 2014 Street Fest & Custom Car Show. The Street Fest took place in the middle of downtown El Paso where about a mile of it was blocked off so five stages and about 100 booths of food and drinks were set up for the 25,000 partiers that attended. Music played from 6:00 p.m. to 1:00 a.m. both nights with some headliners like Chris Jericho and Fozzy, All American Rejects, Wallflowers, and Three Day Grace all jammed under the fireworks and stars at night.

The Custom Car Show was held inside the Convention Center, one of the few lowrider shows still held at an inside venue with about 300 cars, trucks, and motorcycles lined up for everyone to admire under the gleaming lights.

The awards that featured over 50 classes, 20 special awards, and 15 best of show sweepstakes cash awards went down Sunday night. Taking First Place Car Sweepstakes was JR Zamora’s ’59 Impala Glock 9 from Klique Car Club that came in from Santa Ana, California. Second Place was John Sanchez, also from Klique, and his candy red Lincoln from El Paso. Third Place went to Carlos Quezada and his ’93 Caddy from Rollerz Only El Paso.

Best Motorcycle went to Danny Weaver. Lowrider Bike was taken by 915 Style, a new club in El Paso. This show also features a points car club sweepstakes class, and this year’s winners, Klique, took First; Estilo got Second, and Slow & Low took Third Place. A job well done goes out to the Imperials El Paso who lined up 12 of their rides for display only — happy 35th anniversary. LOWRIDER Magazine had a blast. See you next year!