Newsletter
Sign Up today for our FREE Newsletter and get the latest articles and news delivered right to your inbox.
Home » West Texas Blvd Nights 2 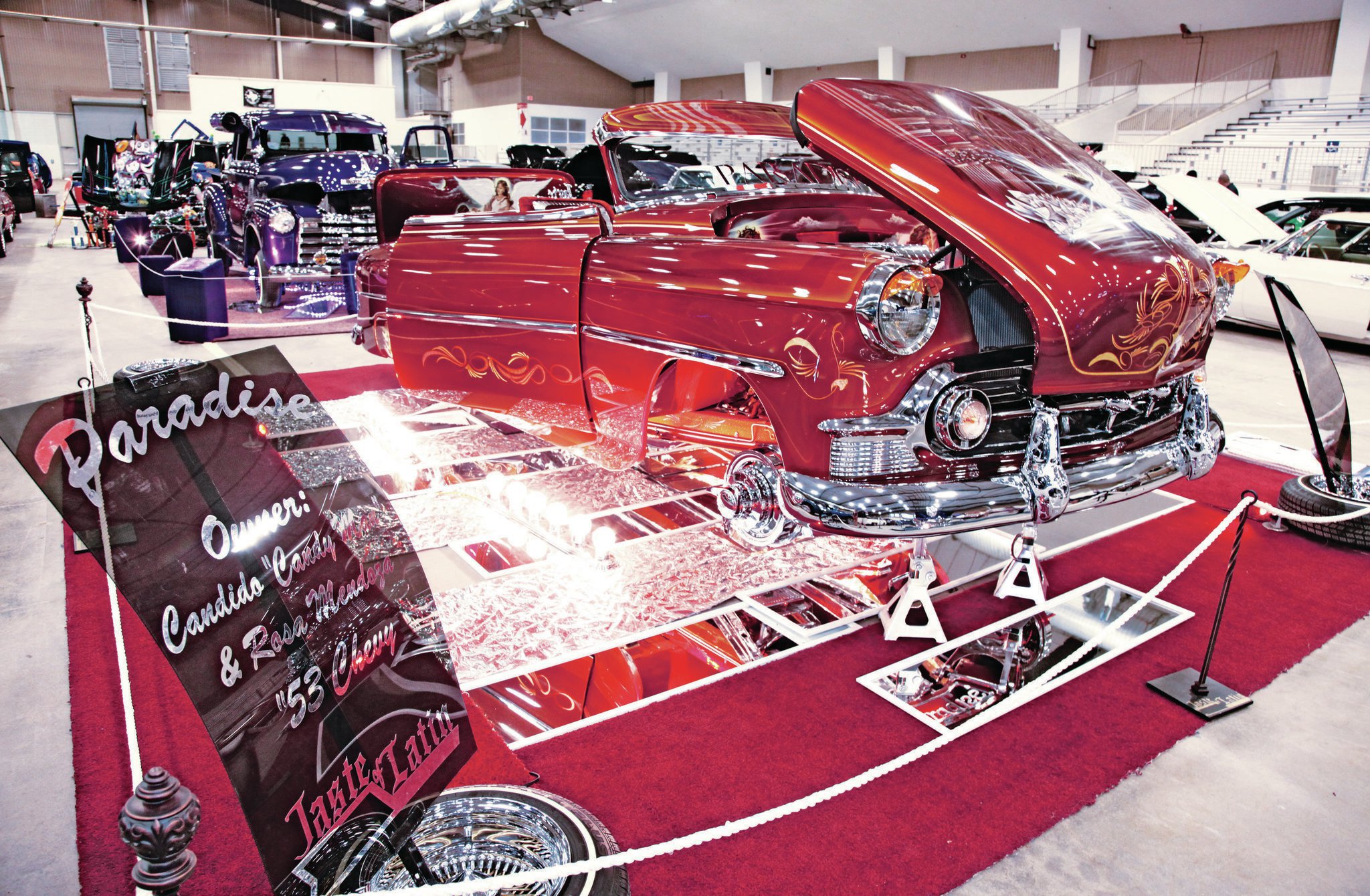 As you turn the pages of this newest LOWRIDER Magazine issue, along with the professionally captured car features and technical advice, there is also car show coverage, from the multi-page layouts of the LRM sanctioned Super Shows to the local shows and fundraisers. Yes, the “big tent” shows will leave you in awe; however, the latter can be of greater importance. The local shows gives one an opportunity to view the area’s customizing best, while bringing a positive light to the lowrider sport for that community. As was the case, as Impalas Car Club Midland presented West Texas Blvd Nights 2 on July 19.

With the success of the club’s first show under its belt (LRM, May 2014), the bar was raised. “We wanted to go bigger and better,” mentions club rep Eric Mancha. It definitely was, as the entries substantially increased from last year’s outing. And in raising the sweepstakes prize monies, more show stoppers came to compete in the Midland Horseshoe Arena. With cars displayed from the Permian Basin, Dallas, and San Antonio, the best of show results included Best Bike to Austin Rubio of Onda CC, Best Bomb to Candido and Rosa Mendoza’s 1953 Chevy (Third place, 2013 LRM Bomb of the Year), and Best Car of Show honors to last year’s champ, Lupe Palacios and his 1977 Monte Carlo “High Voltage,” as he hopes to keep the streak going in 2015.

Once again, Wimpy’s Customs, came through in presenting a crowd-pleasing hop competition. With Rollin Video capturing every measurement, the West Texas’ switch masters were giving their best for a piece of the $2,000 cash purse. The top hoppers were Street Class winner Daniel Sooki of High Intentions CC, along with 2013 repeat winners Josh Mancha of Low Obsession CC in the Hardcore Street Class and Sergio Ramirez of TruRidaz in the Radical Class.

Throughout the day, DJ Lopez of Lubbock and DJ Boogies of Midland kept the beats bumping throughout the arena. Kicking off the concert series was Texas rapper SMUC, followed by the eccentric styling of national recording artist/producer Chingo Bling. With the tour bus having mechanical issues while en route to Midland, AJ Castillo guaranteed he would not disappoint his awaiting fans. And he made good, as the multi Tejano Music Award recipient arrived in time to close the show with a great performance.

With this show’s success, Impalas CC of Midland donated a portion of the proceeds to 3-year-old Lilly Orosco for medical expenses. “Along with presenting a great show, our priority is to give back to the community,” emphasizes Mancha. Impalas wish to thank all its sponsors, including Jam Construction, Midtown Plumbing, Aranda Electrical, Ben Ozuna of Basin Graphics, Greedy, and Premier Fencing. With special thanks to Phoenix model Stephanie Arlene Alfaro, Vibe Models, and Impala CC Midland, San Antonio, and Lubbock chapters’ families. Make plans to attend West Texas Blvd Nights 3, July 18, 2015.