Newsletter
Sign Up today for our FREE Newsletter and get the latest articles and news delivered right to your inbox.
Home » Lowrider Fresno Super Show ’14 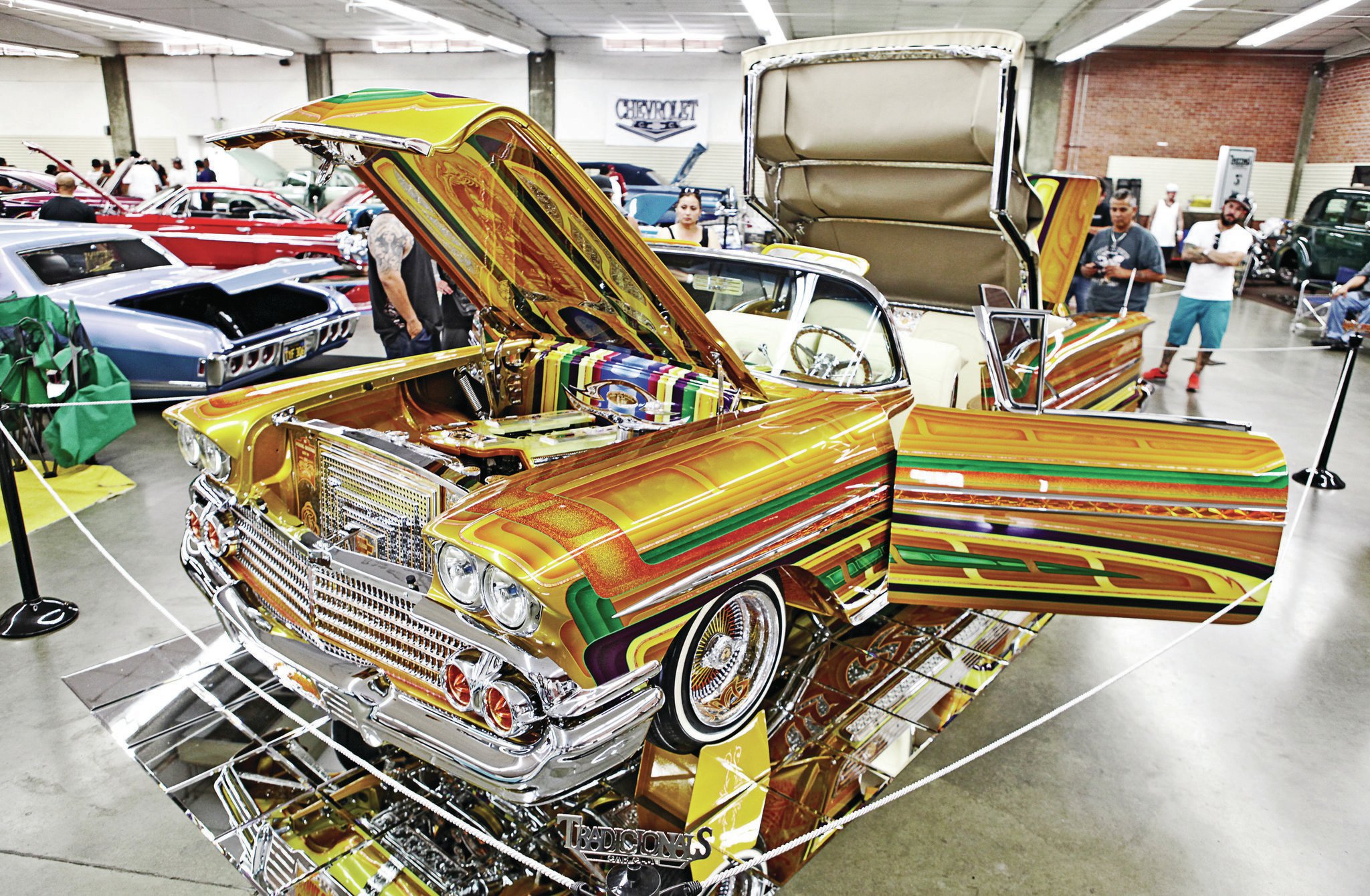 Show cars are custom-made automobiles created specifically for public display and attraction. When it comes to the main attractions at shows, lowriders are the stars of all stages. For the past 50 years or so, lowriders have never ceased to entertain all viewers with their exotic, custom, or traditional styles of paint, chrome, and interiors. These vehicles are created by their owners to become rolling canvases, and about 500 of these metal canvases rolled onto the nice settings and backdrops of the Fresno Fairgrounds.

Marcella Rodriguez/LQ Productions and LOWRIDER Magazine helped bring back the annual “Hot Summer Nights” car show and concert this August to the appreciative fans of Fresno, California. Four indoor halls, a patio exhibit thrown by the Carnales Unidos car club, along with the spacious outdoor grass sections of the venue, presented a great atmospheric type of a festival that featured plenty of food, beer, and beverages with novelty vendors set up in booths just about everywhere.

The Saturday event took place in the afternoon until the nighttime with non-stop music, provided by various DJs who were stationed throughout the facility. Besides the concert that featured Suga Free and DJ Quik, the Mariachi group that played all the memorable and favorite ballads stole the show and had everyone in the right mood as they strolled around the event playing requested songs.

The car clubs that came in droves from everywhere were the Antiques, Traffic, Skanless, Imperials, Tradicionales, and the Oldies to name a few. The main event also featured the breakout to qualify super rides represented by the peach candy and pearled ’65 Impala from the Artistics and the Tradicionales’ ’58 no-limit-on-detail “rag.” There was even a bike that came out from across the country to qualify for Bike of the Year honors from Florida.

Michael Linville from Nobility Bike Club deserves a whole lot of “die hard” praise for his journey and effort in the love for the sport. While walking around and talking to the numerous car owners, car club members, and Fresno’s lowrider fan base, you could see the love and genuine support for the show as everybody was so cool with each other. It was like one huge happy family out there, despite the 108-degree heat that came into play that weekend. The LOWRIDER staff took thousands of pictures so you can see here for yourself in case you missed the show.

Though these pages of the Fresno Super Show can’t contain all the images that we captured with our camera lenses, you can be sure our website has all of the rest. Just visit us at www.lowridermagazine.com. Marcella Rodriguez would like to thank all those who supported the show, especially those who drove out to display their rides and the fans from Fresno as well. She also sends out a special thanks to her staff and wants to remind everyone that next June will be a bigger, better, and cooler show!”