Newsletter
Sign Up today for our FREE Newsletter and get the latest articles and news delivered right to your inbox.
Home » The Tejano Super Show 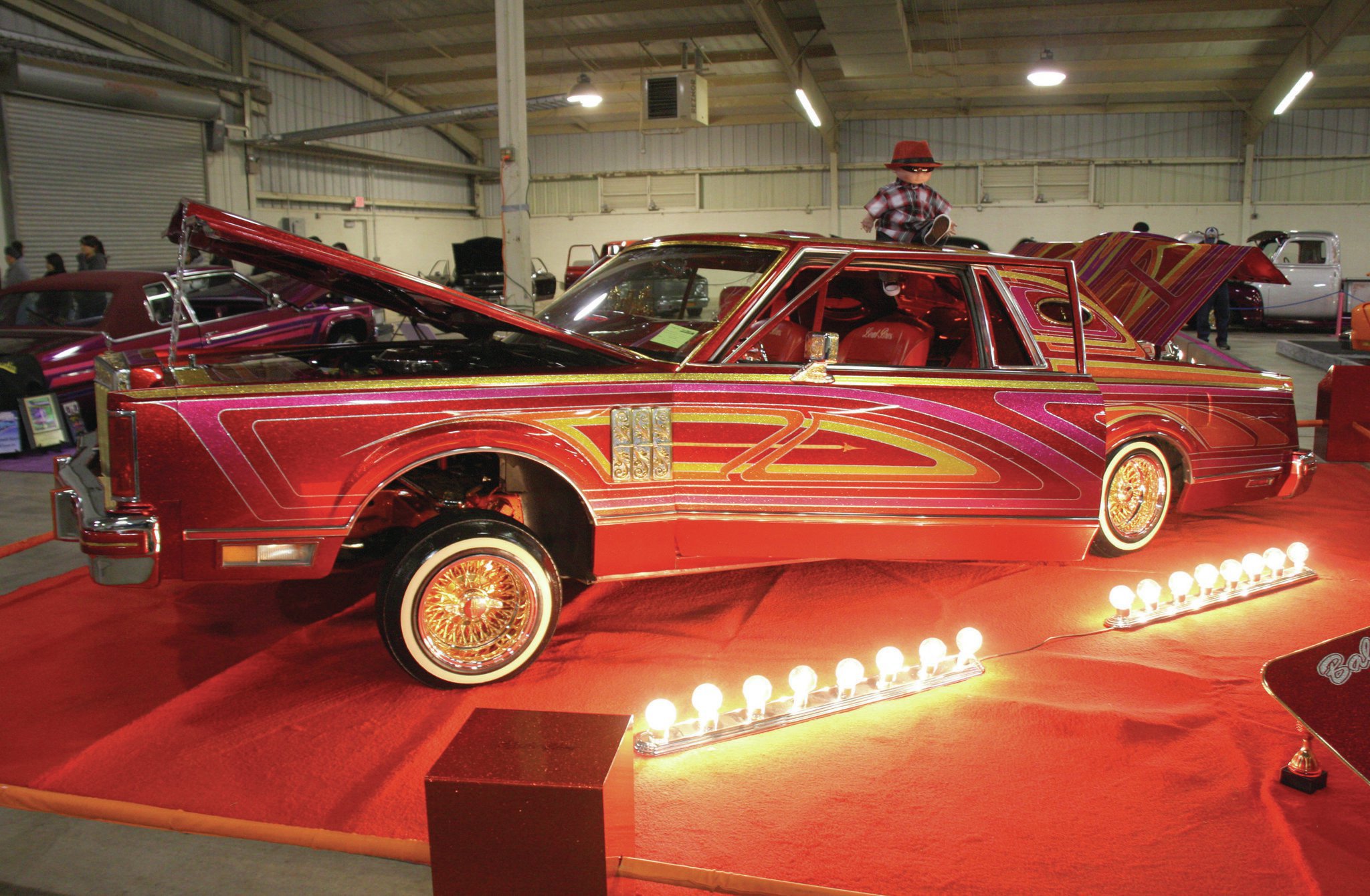 This year’s 42nd Annual Tejano Super Show was one for the news and weather report. It was about 10 years ago that rain, sleet, snow, and black ice made an appearance, but that didn’t stop then or at this show. “The show must go on,” said Nick Hernandez, founder of the Tejano Super Show and Lowrider Hall of Famer. Even though the stormy weather continued, many hardcore lowrider fanatics came to this ritual and annual event. The show’s main event, “Texas Death Match Hop,” didn’t happen in order to maintain the safety of the spectators and hopping teams, because of the ground being frozen.

This year’s ceremony of remembrance was dedicated to the memory and Legacy of Taste of Latin Car Club co-founder David Leal Sr. Nick Hernandez spoke from his podium on stage in regards and respect for David Leal and honored his memory before the trophy awards ceremony. There was also a special recognition award given to Tomas Vasquez, president of the Imperials Car Club from Los Angeles, owner of the 1959 Chevy Impala “El Patrón.” Tomas has been one of the major supporters for this show continuing throughout the years.

The plaque awards featured both, a picture of David Leal Sr. and the image of “El Patrón.” Nick Hernandez informed the crowd of the accident Mr. Vasquez and his wife suffered when they were driving to the show, wishing the Vasquez family the best and for a quick recovery. The Tejano Super Show had a full lineup concert both Saturday and Sunday. On Saturday, the Tejano Show opened with the traditional mariachi group and delighted the crowd with the Grammy and Latin Grammy Award winners “Los Palominos.” Sunday’s entertainment brought on Rekluse, Rasheed, Frost, and Kirko Bangz and many other artists and groups.

Some of the car clubs that attended and participated in the show were the Techniques C.C. of Los Angeles, as always; the Brown Impression C.C. of Eagle Pass, Texas; Majesty C.C. of Greeley, Colorado; West Texas Finest of Andrew, Texas; Rollerz Only C.C. of El Paso, Texas; Extazy C.C. of Hobbs, New Mexico; City Style C.C. of Corpus Christi, Texas; Imperials C.C. of Roswell, New Mexico; Solitos C.C. of Lubbock, Texas; Uso C.C. of Phoenix, Arizona, and many other car clubs as well as solo riders.

The Awards For This Traditional Show Were As Follows:

Nick Hernandez and the Taste of Latin Car Club would like to thank all those throughout the years who have supported and attended this must-see cultural car show, and they would also like to invite everyone else to experience this special event too.