Newsletter
Sign Up today for our FREE Newsletter and get the latest articles and news delivered right to your inbox.
Home » 9th Annual Chicano Art and Car Show – “El Corazon De El Chuco” 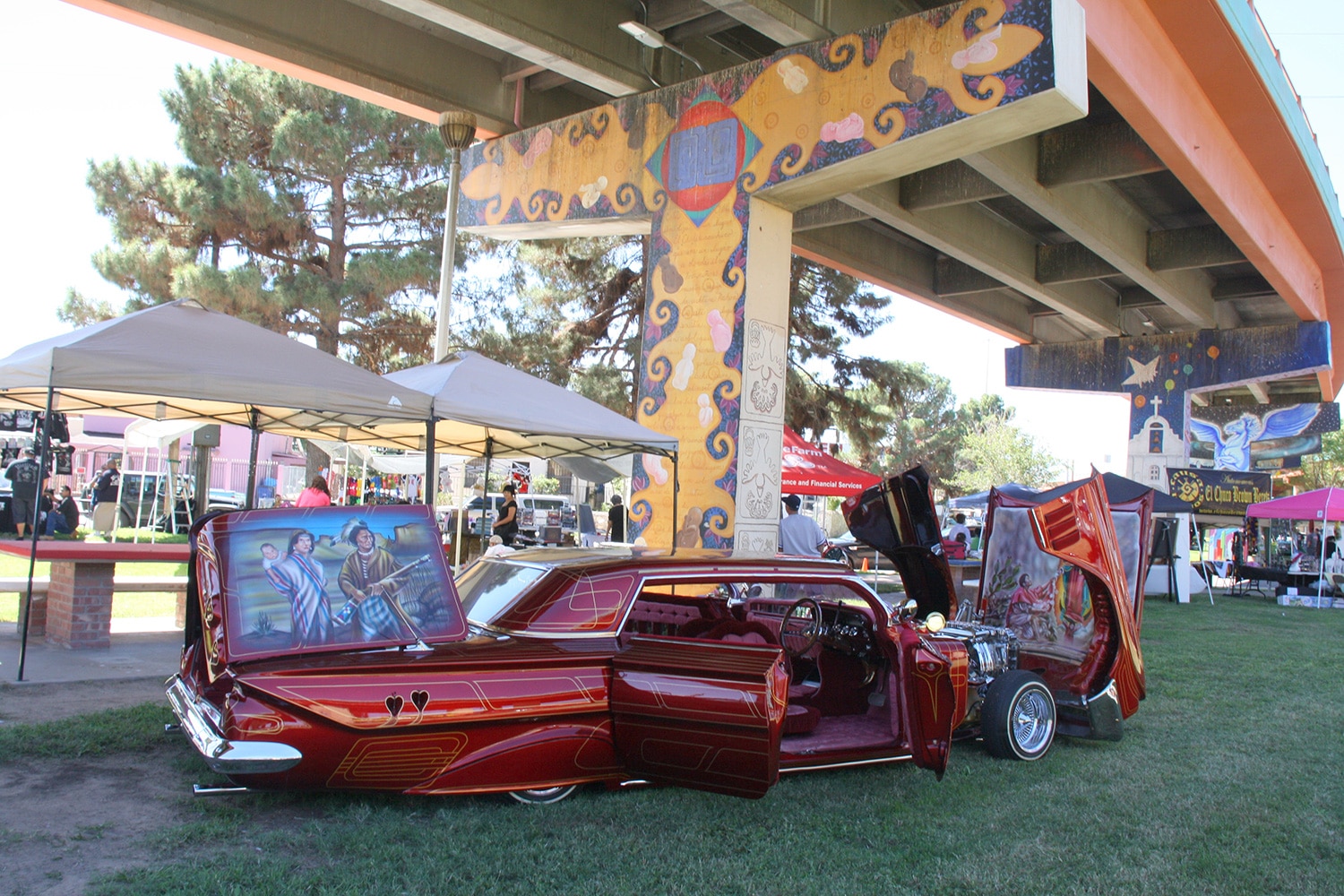 One of the greatest attributes of the lowriding community is the constant drive to give back to the places we call home. The Lincoln Park Conservation Committee (LPCC) is a group of Chicano activists, organizers and community members who are on a mission to enrich the community that call Lincoln Park just that: Home. The LPCC along with the Latin Pride Car Club work to create, maintain and promote Lincoln Park and its landmark murals as well as host the annual “Lincoln Park Day” event, which helps raise money for the cause.

The beautiful backdrop of El Chuco’s Chicano Park (Lincoln Park) better known in El Paso as “El Corazon de El Chuco” was the site of the 9th Annual Chicano Art and Car Show. This special day is a celebration of the proclamations made by the City of El Paso and the state of Texas recognizing the LPCC and the park as an important symbol of the over 80-percent Chicano/Mexican-American population that inhabits the city.

Lincoln Park and Chicano Park in San Diego, California, are both located at opposite ends of Aztlan and are the only two parks that sit under interstate highways. They both display large, full-scale murals depicting Chicano history, traditions and images of our proud culture. This year’s fundraising event featured a car show, live music, dancing and the mural unveiling of Gabriel S. Gaytan’s No. 13-Matlac-iuan-yei mural, which is the latest addition to the park’s famous column murals. The event is free for the public to enjoy making it a favorite of local families and car enthusiasts alike.

The car show, which was hosted by Latin Pride CC of El Paso, has grown over the years and includes car clubs from El Paso, Juarez, Albuquerque, Odessa, San Diego, Modesto, Las Vegas, Dallas and many other cities in the Southwest. During this year’s event, a special Memorial Tribute Award was given in honor of David Leal Sr. of Taste of Latin car club, which was received by his family. They will continue to give this special award to the best vehicle that comes from out of town in his memory.

The LPCC would like to recognize the lowrider car clubs that support Lincoln Park and have contributed to making the murals and events possible.