Newsletter
Sign Up today for our FREE Newsletter and get the latest articles and news delivered right to your inbox.
Home » 10th Annual BBQ And Show 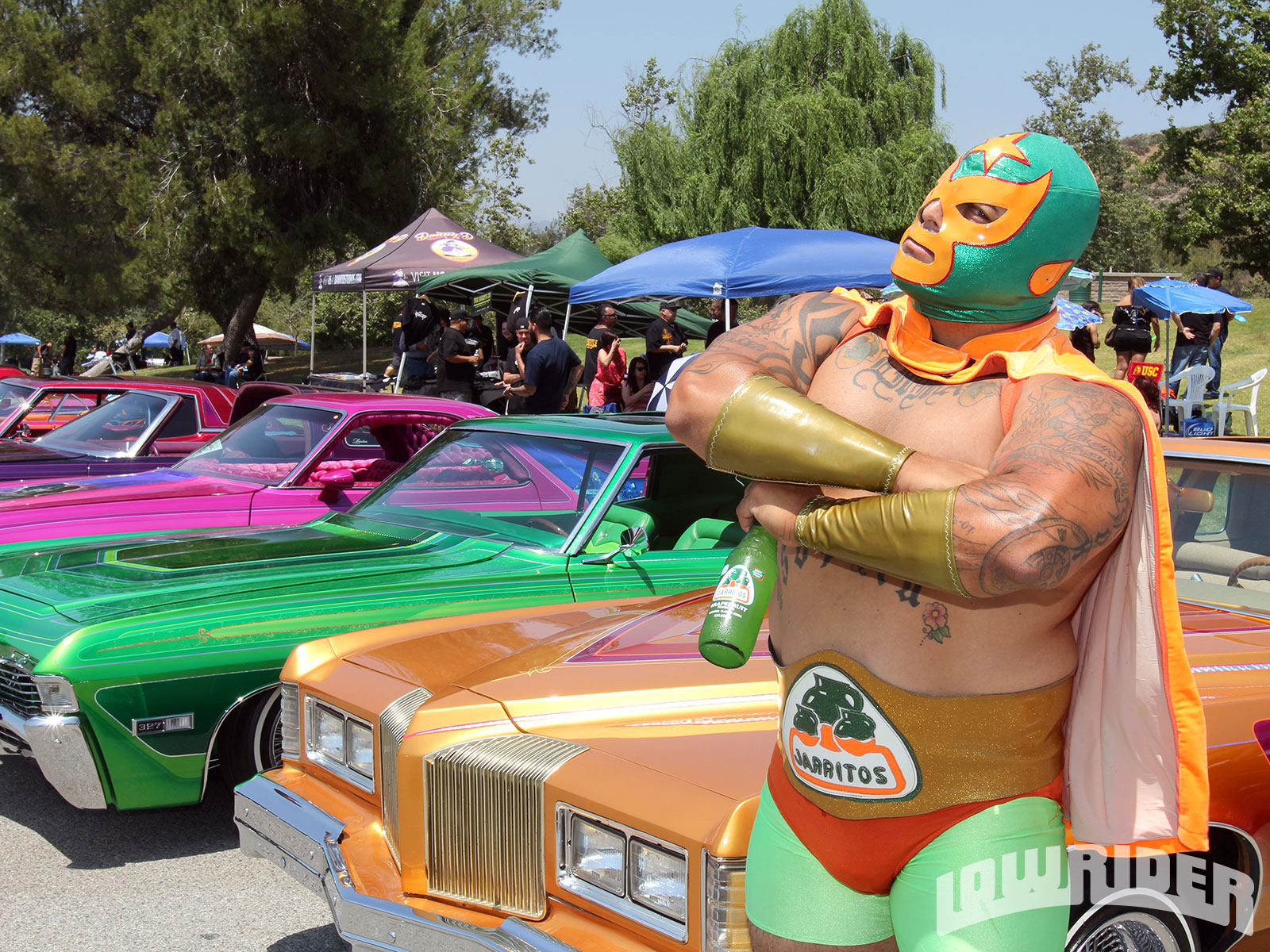 Car shows and Lowrider barbecues are always going to be the best of times, and when those events can be used as a platform to help support one of our own who is in need, they become greater than that. A special thanks goes out to Rocky Placencia and the Bomb Club Originals for giving the opportunity of a first time collaboration between Lowrider Magazine and Albert Rosario of LRG Clothing to join forces in support and help benefit Lowrider photographer Jae Bueno’s unfortunate battle with cancer.

The event took place this past Cinco de Mayo during the Bomb Club Originals 10th Annual BBQ at Bonelli Park in San Dimas, California. Many of you are undoubtedly familiar with Jae’s name and you probably know the lives he has touched through his camera as well; Jae has photographed and written numerous LRM features over the years, and he and his wife’s commitment to the culture is generous and honorable. Having grown up surrounded by the custom cars he would see cruising down Whittier Boulevard in Los Angeles, Jae knew exactly what his subject matter would be after picking up his first camera in high school. “Moving Art” is how Jae has always described Lowriders and his assessment couldn’t be more accurate. Along with The Bomb Club supporters like LRG Clothing, Jarritos, Hernan’s Engraving, Danny D, and Lowrider Magazine, Jae was certainly shown the love he deserves and the event was a heartfelt success.

Bomb Club Originals President, Rocky Placencia, has a special heart for cancer patients, as his wife, Susan, is now a survivor. Naturally, when the opportunity to help Jae arose he was all for it. Hernan’s Custom Engraving designed and sold shirts to help with Jae’s medical expenses, and the Jarritos team came out and served up the refreshments for everybody. LRG Clothing and Lowrider Magazine collaborated on a tribute shirt that was given away to the first 500 people who came.

Clubs in attendance included Stylistics, Groupe, Bomb Squad, Bomb Club Originals, Majestics, Lifestyle, BridgeTown, Techniques, Style, Los Angeles Car Club, Gabachos H.B., and several independent riders as well. Obviously the barbecue meant that there was no shortage of food to go around, and people were treated throughout the day by music played by Hitman Nightowl records.

The weather was amazing and with so many people coming together for a good cause, the weekend event was quite a success. Jae Bueno and his wife, Stephanie, were overwhelmed with the support from the Lowrider community, and they personally want to thank Rocky and the Bomb Club Originals, as well as all of the Jae Bueno supporters who came out to make this event possible. Our prayers and well wishes go out to Jae and Stephanie, as well as to their entire family as he courageously fights through this difficult situation.