Newsletter
Sign Up today for our FREE Newsletter and get the latest articles and news delivered right to your inbox.
Home » Lowrider Legends of San Diego 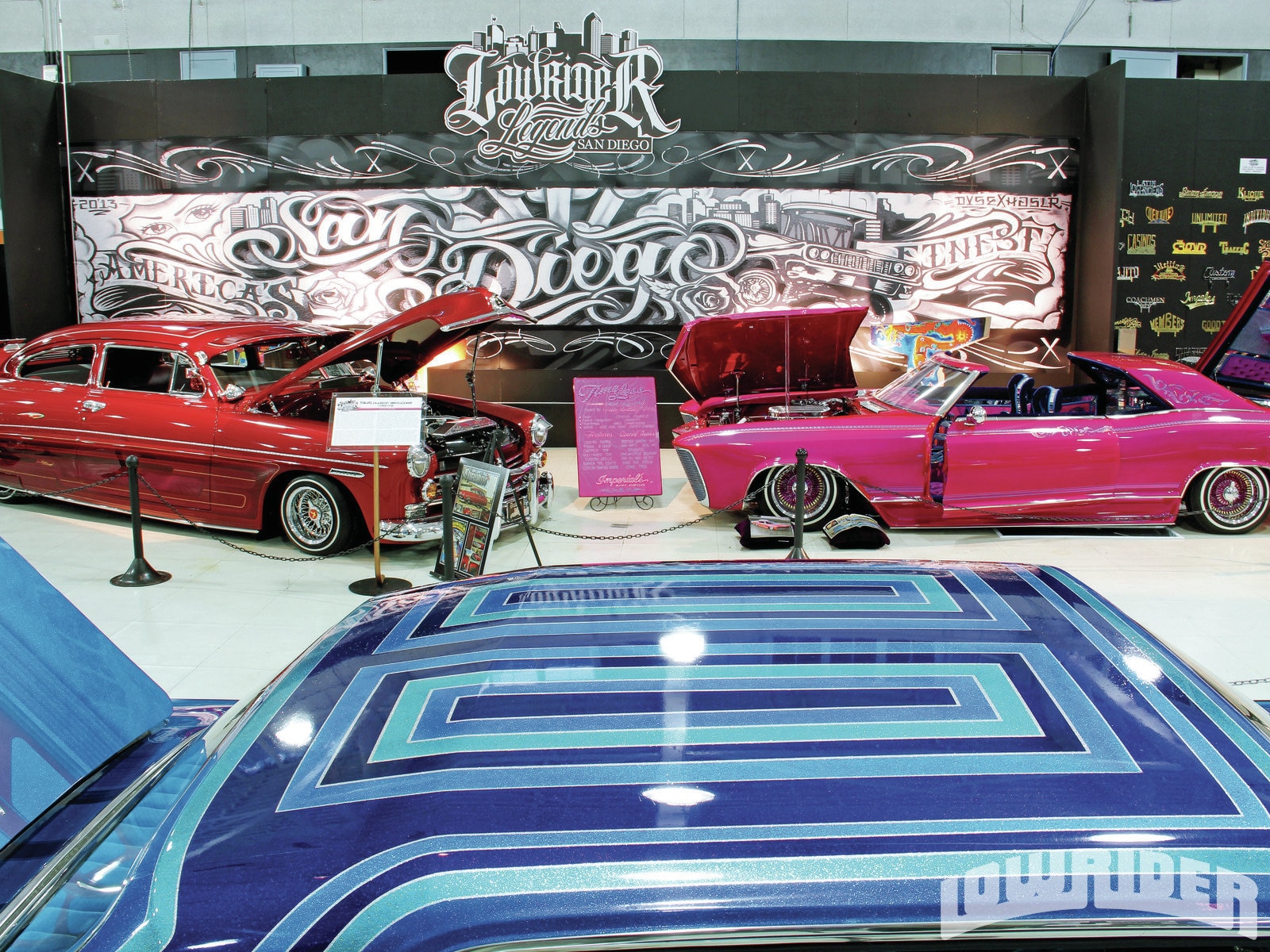 We followed up with Carlos and David C. de Baca after their Cruisin’ Califas exhibit to see what they were up to, and to no surprise, they had another Lowrider exhibit in the works! This exhibit was held at the San Diego Automotive Museum in Balboa Park, and was designed as a tribute to some of the legendary cars and car clubs from San Diego. The duo had gathered multiple car club plaques, club jackets, memorabilia, and had some of the finest cars in the San Diego area on display. The exhibit’s grand opening was sold out, thanks to the efforts of Carlos and David, and the support from multiple car clubs such as the Imperials, Viejitos, Majestics, Dukes and a few others. The love people like Carlos and David have for our culture is the reason it will never die, and whenever you get a chance like this to check out some Lowrider history, you don’t want to miss out!