Newsletter
Sign Up today for our FREE Newsletter and get the latest articles and news delivered right to your inbox.
Home » 41st Tejano Super Car Show 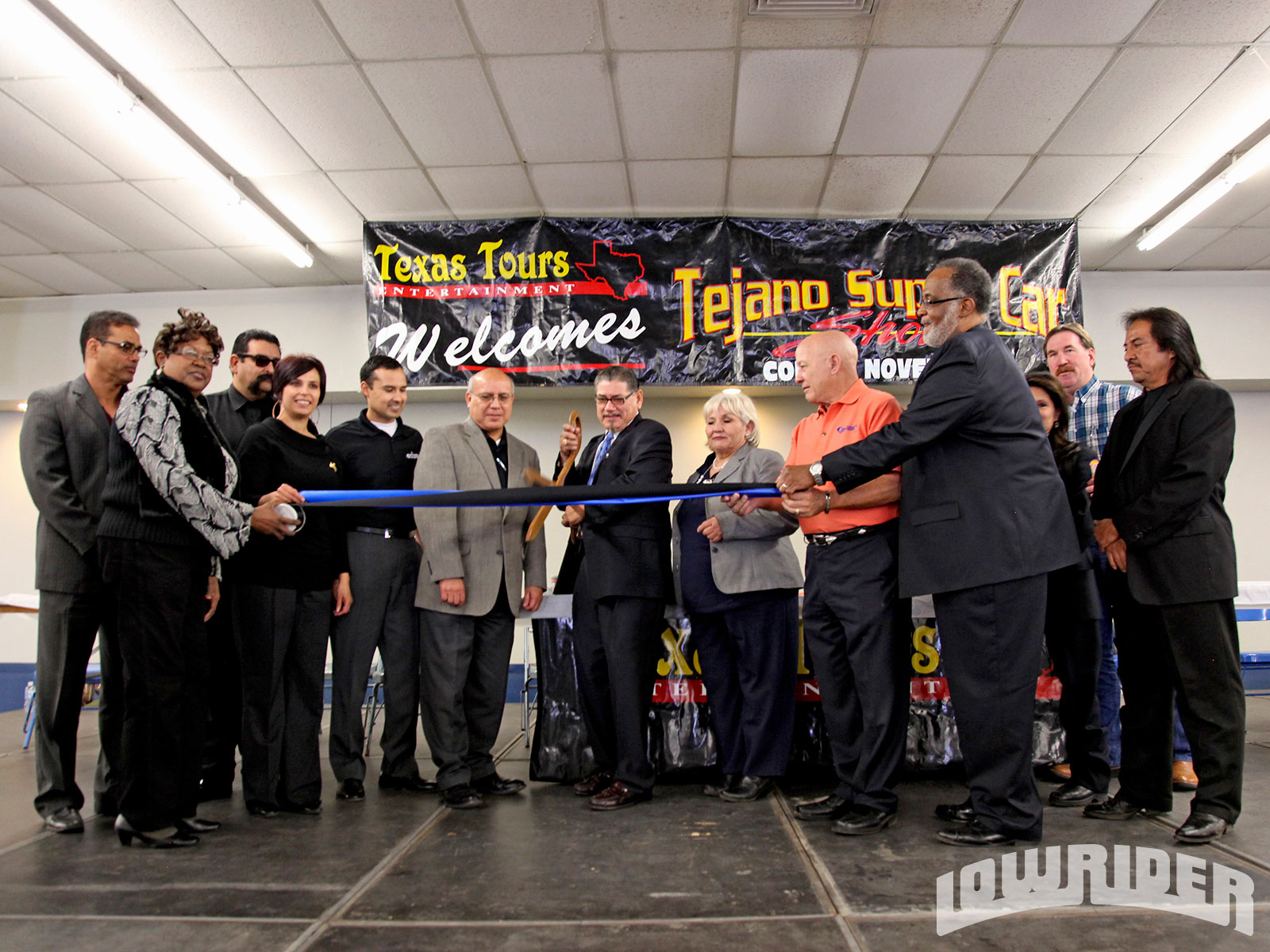 For forty-one years, Nick Hernandez and Texas Tours Entertainment, have been putting on the Tejano Super Car Show at the Ector County Fairgrounds in Odessa, TX. However, this was the first year that the show was sanctioned by Lowrider Magazine. Since the show was sanctioned, it meant that all sweepstake winners at this show would automatically qualify for the 2013 Lowrider Magazine Las Vegas Super Show and a chance to obtain the coveted Lowrider of the year honors. The Lowrider judges were on hand to handle the judging for this huge event.

The two-day show kicked off with an opening ceremony and ribbon cutting. It was incredible to see the overwhelming support that this show received from its community, as the mayor, sheriff, and other community leaders all came out to the opening ceremony. With their attendance, they made it clear that they recognize the show for its historical and cultural value as it pertains to the community. The Odessa High School Bronchos Mariachi was on hand providing music during the ceremony, and Texas Refreshments provided lunch for everyone.

Saturday marked the first day of the show, and as attendees walked through the 3:00 PM gate opening, they were amazed at the seven buildings, which were filled up with show cars that came from coast to coast. Building G was the main hall, and it had the show’s heavy hitters on display. Two legendary cars on hand that left the crowd stunned were Jesse Valadez’ “Gypsy Rose,” and Joe Ray’s “Las Vegas” car. Most of the show attendees had only seen the legendary vehicles in the magazine, so they took the opportunity to take photos with the vehicles and the owners. Saturday also meant that it was Tejano night on stage, and La Mafia and Emilio Navaira came out to the delight of the Texas people. Sunday was Hip Hop night, and Cash Out, along with many other artists, came out to perform.