Newsletter
Sign Up today for our FREE Newsletter and get the latest articles and news delivered right to your inbox.
Home » Slow & Low Car Club 25th Anniversary 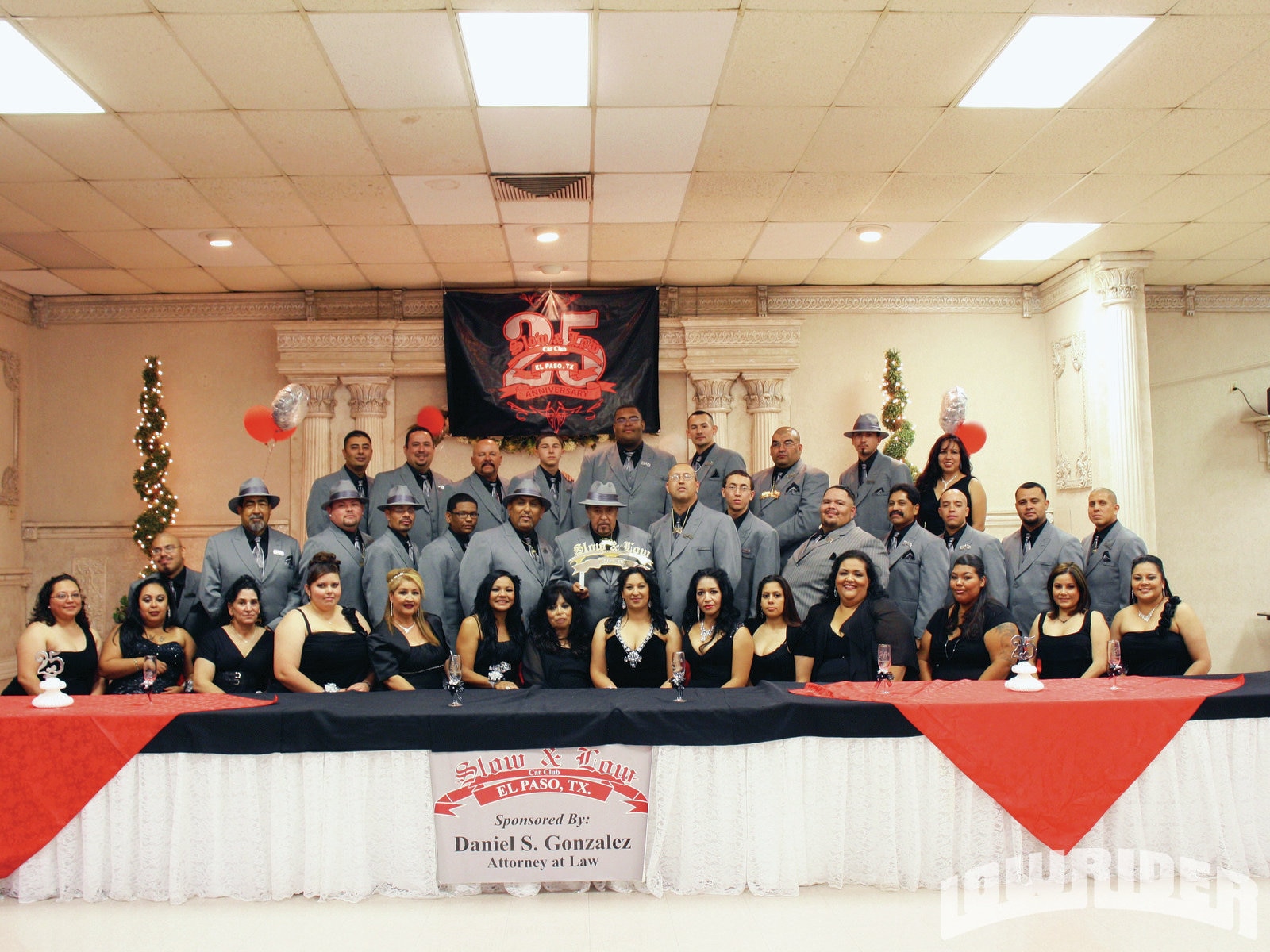 In the mid 80s, the Pedroza family took a trip to California to visit relatives and catch the sites. This Texas family was in awe seeing the golden state through the eyes of a tourist. But for brothers, Raul and Javier III, their intrigue was of the mini truck and VW craze. Being from El Paso, this duo was not new to the “slammed look”, as lowriders had been cruising the Sun City boulevards for decades – but their fascination – was that this new era “look” was with imports, not the traditional American vehicles. This trend quickly spread throughout the Southwest, and it wasn’t long before lowriding influences soon merged these imports into the lowrider culture; this border city was no exception. In the summer of 1987, the Pedroza brothers and father, Javier Jr, started Slow & Low car club. Initially made up of an impressive lineup of 45 customized VWs, the club quickly gained recognition throughout the Chihuahua desert region. By 1990, the club had gone through its growing pains and had transitioned into a lowrider-based club that continues to date.

On May 26, nearly three decades after that memorable California trip, Slow & Low celebrated their 25th Anniversary. With over 500 of El Chuco’s car clubs and lowrider dignitaries in attendance, the zoot-suited club members surprised the crowd at the awards presentation. Usually, these events acknowledge within, but the club felt it was important to recognize those influential in the city’s lowrider history. The Legendary Lowriders Award recognized those car owners/builders that have been significant throughout the Southwest, to include multi-time LRM Traditional champion Faustino Flores. The following presentation included a hall of fame honor; The El Paso Lowrider Legends Award recognizing Hector Gonzales Sr., Nick Hernandez, Nano Nevarez Sr., Armando Nunez, Raul Ortiz, Javier Pedroza Jr., Benny Ramos, Robert Rios Sr., Leo Rivera, and Gilbert Rodelas Sr. A special award was presented to Mando Espinoza and Vero Mendez, of www.EPTCruising.com,for their dedication in promoting the city’s lowrider scene. A well deserved congratulations to all! After the awards, the night had just begun, as the River City band had the crowd on the dance floor til one in ‘da morning.

Club president, Raul Pedroza, wishes to thank the club members, wives, and sponsors in making this event possible. Also, a special thanks to the lowrder community for its decades of support in helping Slow & Low reach this milestone. Raul closes with the club motto “Keep your heads up and your rides low.” Paz, Tejas