Newsletter
Sign Up today for our FREE Newsletter and get the latest articles and news delivered right to your inbox.
Home » Klique’s Historic Picnic Event 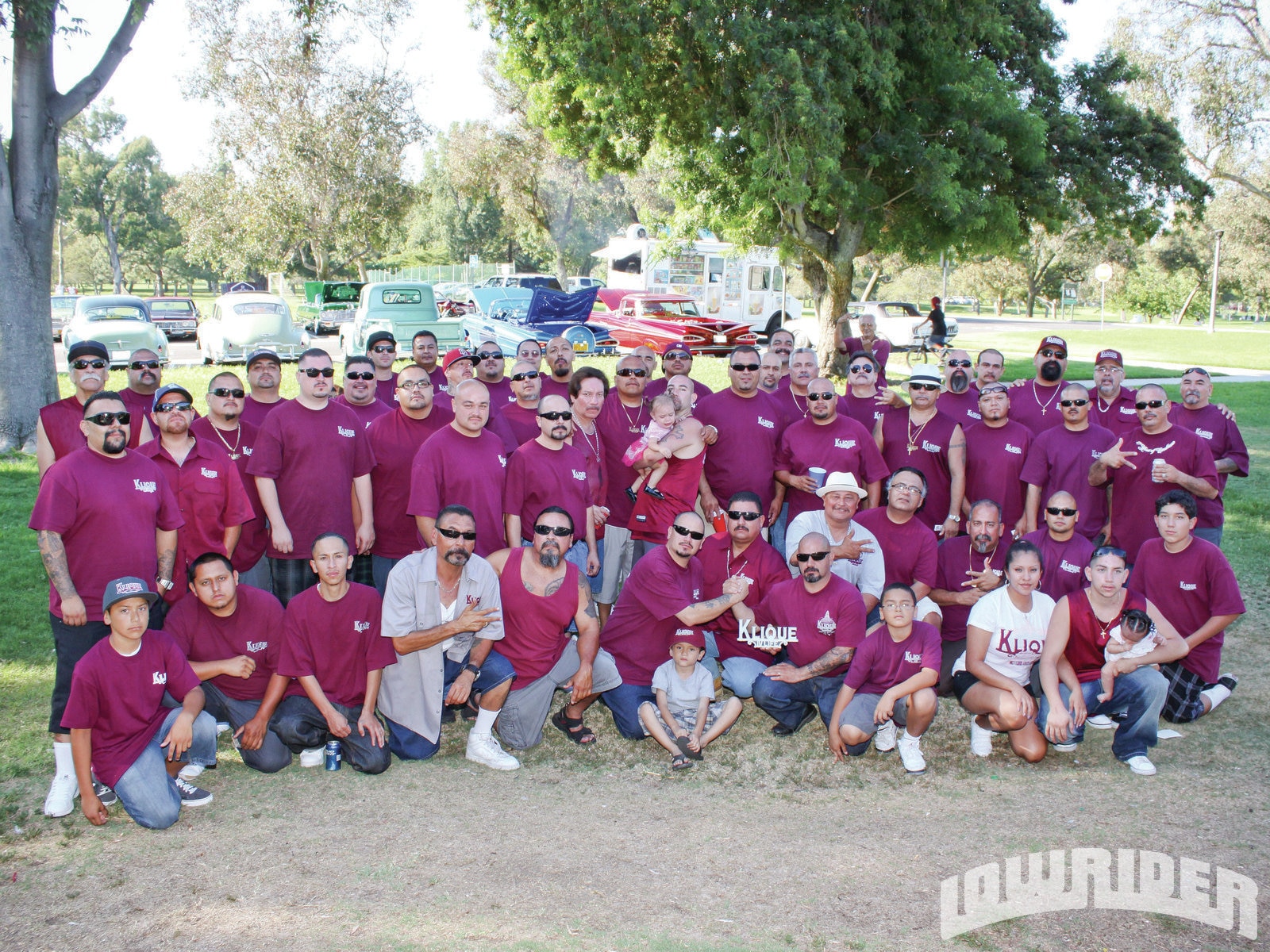 History was made last August when the legendary Klique car club brought together all nine of their chapters for one exclusive meeting and picnic strictly for members only. East Los Angeles, Orange County, San Diego, Inland Empire, Phoenix, El Paso, Ventura, Santa Rosa, and Las Vegas chapters all made their appearance. This event marked the first time that Klique came together as a whole in California for one mandatory congregation. Mile Square Park in Fountain Valley, California, was ground zero for the picnic and served as the perfect backdrop for a bash that included authentic Mexican food, an ice cream truck, and a festive atmosphere that united the club members and their families.

Klique began with an East Los Angeles Chapter over 45 years ago, and the subsequent four and a half decades have only made the club stronger and more united. While they’ve had their ups and downs, the club has survived the test of time, and today some of the OG members still proudly represent the “Big K, Little Q.”

Klique veteran, Jose Martinez, has returned to the Club President position of the mother chapter for the last couple of years now, but also oversee the entire club. He says that Klique has recently been expanding Santa Rosa (California) and Las Vegas (Nevada) chapters being the newest additions to the family. “Our longtime members are obviously getting older,” Jose explains, “and we’re now looking for positive family-oriented potential members to join and keep the Klique name going strong for many more years to come.” Jose adds that the club works as a well-oiled machine bringing people together that have a strong love for Lowriding and want to create lasting memories by simply having a good time.

Jose gives special thanks to George, from the San Diego chapter, and Al “Game Killer” for putting this picnic idea on the table. He also extends his gratitude to Rudy “Not Guilty” for actually bringing it all together. Thanks also goes out to all the Klique members who made the long trip and represented their respective chapters. All the members overwhelmingly agreed that this would have to be an annual event!