Newsletter
Sign Up today for our FREE Newsletter and get the latest articles and news delivered right to your inbox.
Home » VCCA Car Show – Felix Chevrolet 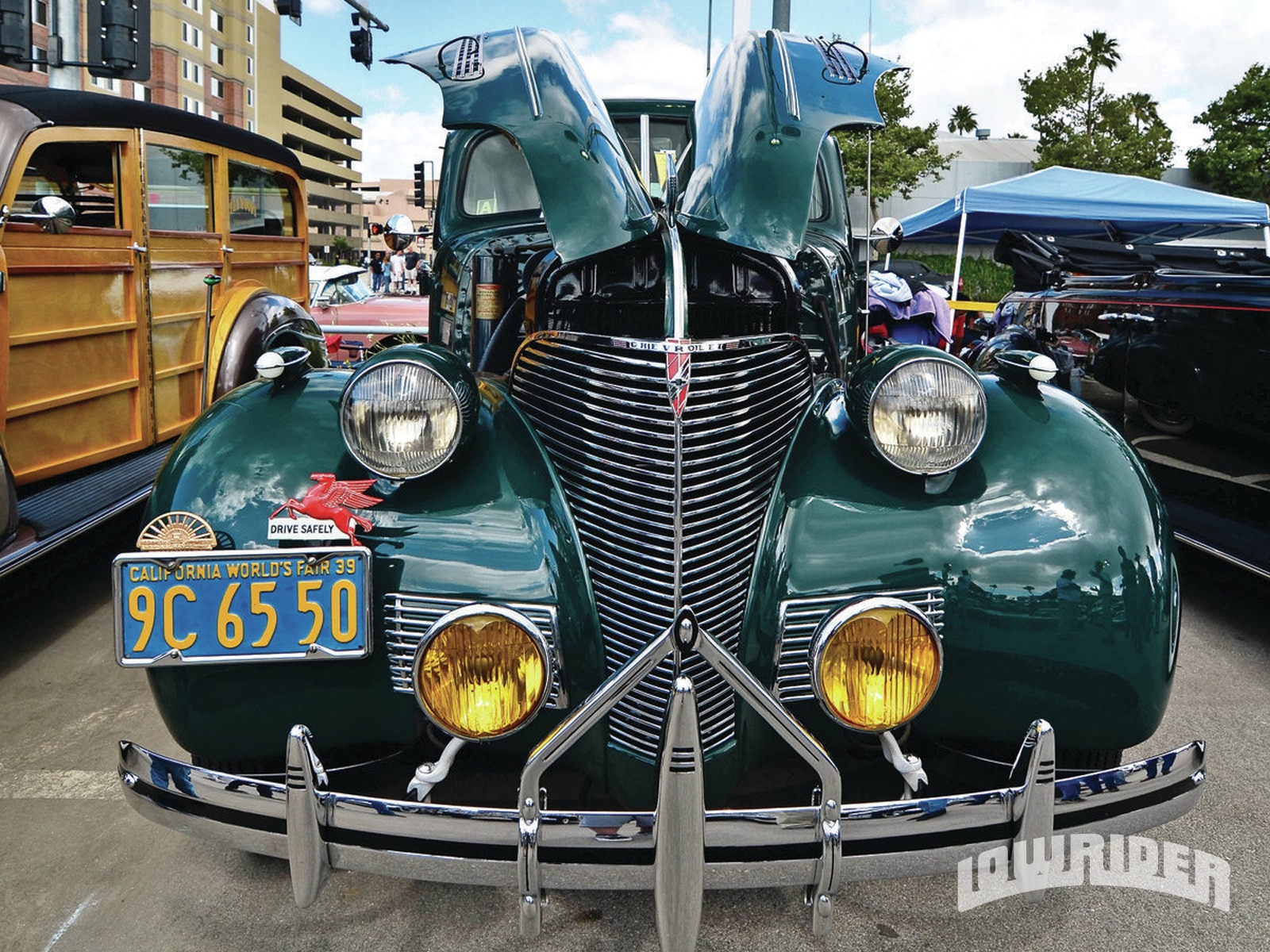 While the Felix dealership’s 90th anniversary is already an incredible achievement, remember that in 2011, Chevrolet itself is celebrating its 100th anniversary, making the Los Angeles car retailer one of the oldest and most dedicated dealerships in America. Thanks to the legacy of these two institutions, yet another anniversary is taking place this year; the 50th anniversary of The VCCA, which stands for “Vintage Chevrolet Club of America.” With all of these anniversaries taking place in 2011, Alonso Guerrero from the Foothill Chapter of the VCCA approached the management of Felix Chevrolet about producing a car show in celebration of these events. The management agreed and Alonso went right into the planning.

As soon as the show was announced, the buzz was in the air. Car shows, cruise nights and Internet message boards served as the backdrop for a relentless frenzy of anticipation for this historic event. Those who wished to participate had to act fast to be involved, as the show was limited to a couple hundred spaces and they sold out within a couple of weeks. Enthusiasm was at such a fevered pitch for the show, that even on the morning of the event, people were still trying to gain spots. Of course this was in vain, as they quickly found out that they had missed their chance a long time ago.

The meticulous show set up began bright and early on the show date, where the line of participants gathered to park their cars. Alonso and his crew made sure that every show participant was photographed before being directed to their parking spot. In order to maximize the historical aspects of the show, the vehicles were organized by year. There was a large presence of Chevrolets from the 1930s through the 1950s, but many of the other decades were well represented at the show as well.

Car clubs from all over the region came to pay tribute at the Felix dealership. Bomb Club Originals, HB Gabachos, Old Memories, Techniques, Dino’s Bomb Squad, and the Bomb Chapter of Good Times Car Club were some of the clubs on the lot. Master Chevy Bomb Builders like The Tovars, Mike Ramos, and Tutu also brought out some of their rides. Tutu drove up in a very rare 1939 Chevy convertible. Yes, you read right, convertible! If I remember correctly, there are only three in existence. David Gonzales had some of his fleet of vintage Chevrolets at the show as well, in fact, not too many people can boast the collection of vehicles David has. Someone joked that the cars at the show were probably worth more than the new car inventory of the dealership!

With so much history in one place, Alonso worked with the Felix family and the dealership management to ensure that the legacy of the family and dealership was well documented through event photos. While the focus of the celebration was on the past, it was also on the future in a way, as Chevrolet took the occasion as the perfect time to roll out something new from their assembly lines. The automaker sent out its newest vehicle, the Chevrolet Volt, to be displayed at the dealership during the show. The car, which is an electric car, was driven from Michigan to Los Angeles by Chevrolet execs on one tank of gas! We all know that alternative fuel is the direction that the automobile manufacturers are heading in, so the event was the perfect stage for Chevrolet to debut the Volt.

In keeping the iconic history of the event on full tilt, Alonso was also able to secure one of the original “Felix the Cat” costumes for the show. The classic mascot was unveiled during a cake cutting ceremony, and family members from the Felix family also spoke about the legacy of Winslow Felix, who opened the dealership in 1922. The gentleman inside the suit was a great sport, and he walked the show all day so that everyone could take photos with him.

The VCCA made this show a “People’s Choice” show, so attendees were given a ballot as they walked the show to vote for their favorite vehicles. Upon the conclusion of the event, the trophy presentation was held, giving accolades to the most deserving rides on hand. The trophies were actually plaques that were personalized with the winner’s photo taken upon their early morning load-in for the show. Those lucky enough to receive these awards appreciated the genuine customization as a very nice touch of class.

This event will go down in the Lowrider history books, as well as the VCCA archives. If the show never happens again, those in attendance can truly say that they were part of history. With any luck, there will be a 2012 date. What do you say, Felix Chevrolet?