Newsletter
Sign Up today for our FREE Newsletter and get the latest articles and news delivered right to your inbox.
Home » Impalas Car Club 20th Year Anniversary – On The Scene 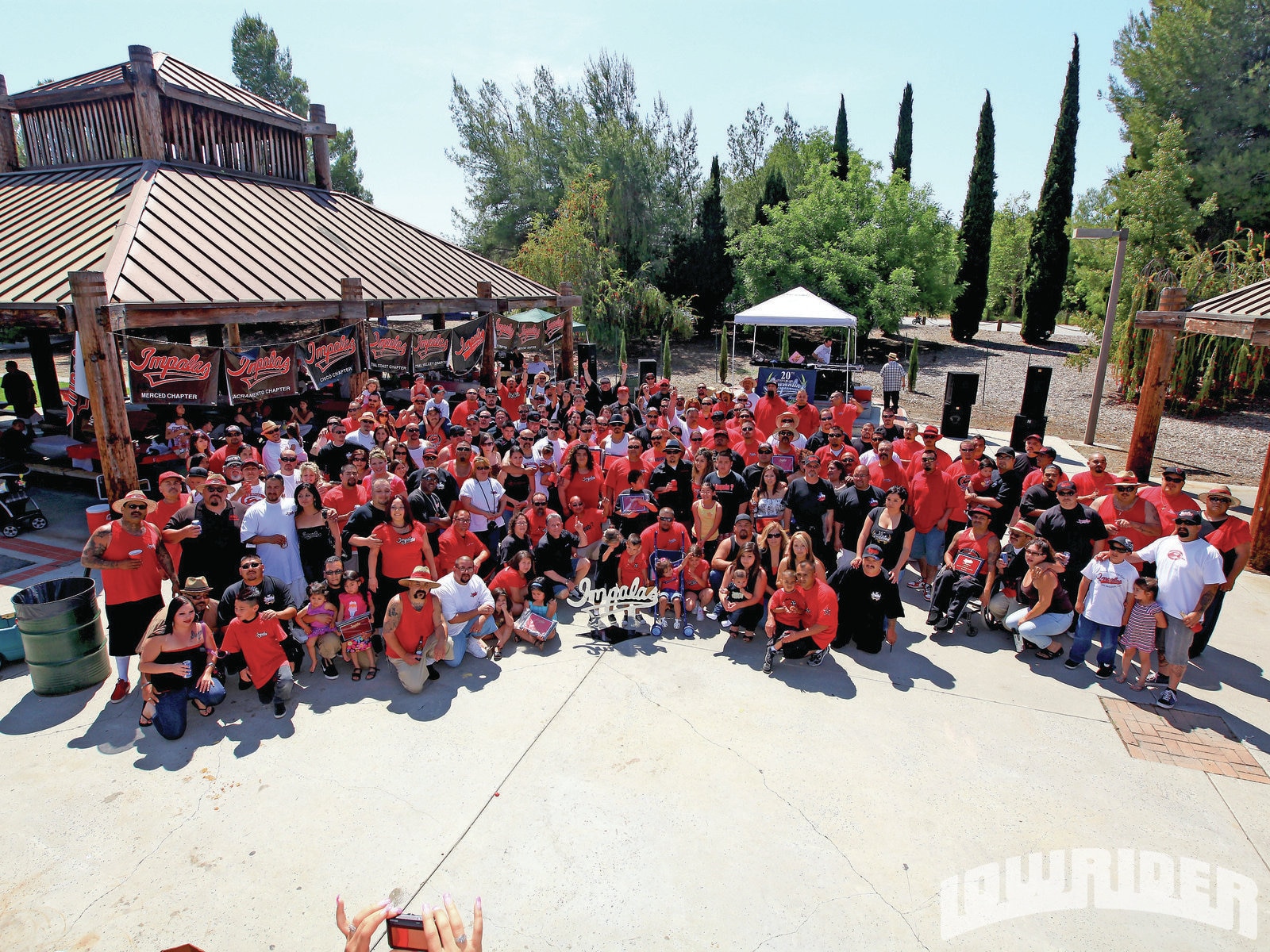 Two decades after four high school friends (Robbie, Sonny, Bubba, and Kiki) from San Jose, California, decided to start up a car club by the name of Impalas, they celebrated their monumental 20th year anniversary at Cunningham Park in San Jose, California. Some of the Impalas Car Club chapters that made it out to the special occasion were the Salinas, Modesto, Madera, Fresno, Stockton, Sacramento, Fresno, Nor Cal, Merced, Tulare, San Antonio, Chico, Central Coast, Central Valley, Reno, North Bay, Yuba City, and San Jose chapters.

If you know any of the Impalas members, then you know that they are not the suit-and-tie type of guys who sit down and eat three-course meals while they sip on some wine. They are more of the shorts-and-tank-top type of guys who prefer to barbeque and drink some ice cold beers. Needless to say, celebrating this incredible occasion didn’t force the club to change their ways. In order to properly celebrate the Impalas mother chapter’s 20th year anniversary, the men and women of Impalas threw on their aprons and slapped some meat on the grill!

The parking lot at Cunningham Park was full of Impalas, from drop tops to hard tops, and even some bubble tops. One of the ’68s in the parking had a black and red bow on the top of it, and this incredible green ’68 was a gift from Ralph Garcia to his wife, Lisa. Victor Charles had his September ’10 centerfold car named Fortune Teller there also. There was also a new copper ’59 hardtop at the anniversary that caught everyone’s attention, and this stunning Chevy belonged to Sam Gonzales, from Lathrop, California.

The DJ filled the air with funk and oldies before the awards ceremony began. Awards were given to members for best original, customs, most members, overall participation, dedication, and support. Impalas Car Club started off as a Nor Cal car club, but in the last few years, the club has branched off to SoCal, Nevada, Texas, Kentucky, Atlanta, New Mexico, Colorado, Arizona, and Oregon. Personally, I’m glad to see the Impalas Car Club family growing and the unity between the chapters is stronger than ever. Lowrider would like to thank Juan Delgado of the San Jose chapter for the invitation to the 20th anniversary, and we send ourgratitude to all the Impalas Car Club members for always showing their hospitality. Congratulations on your 20 years, guys. Keep rolling!