Newsletter
Sign Up today for our FREE Newsletter and get the latest articles and news delivered right to your inbox.
Home » Carnales Unidos Annual Benefit Car Show 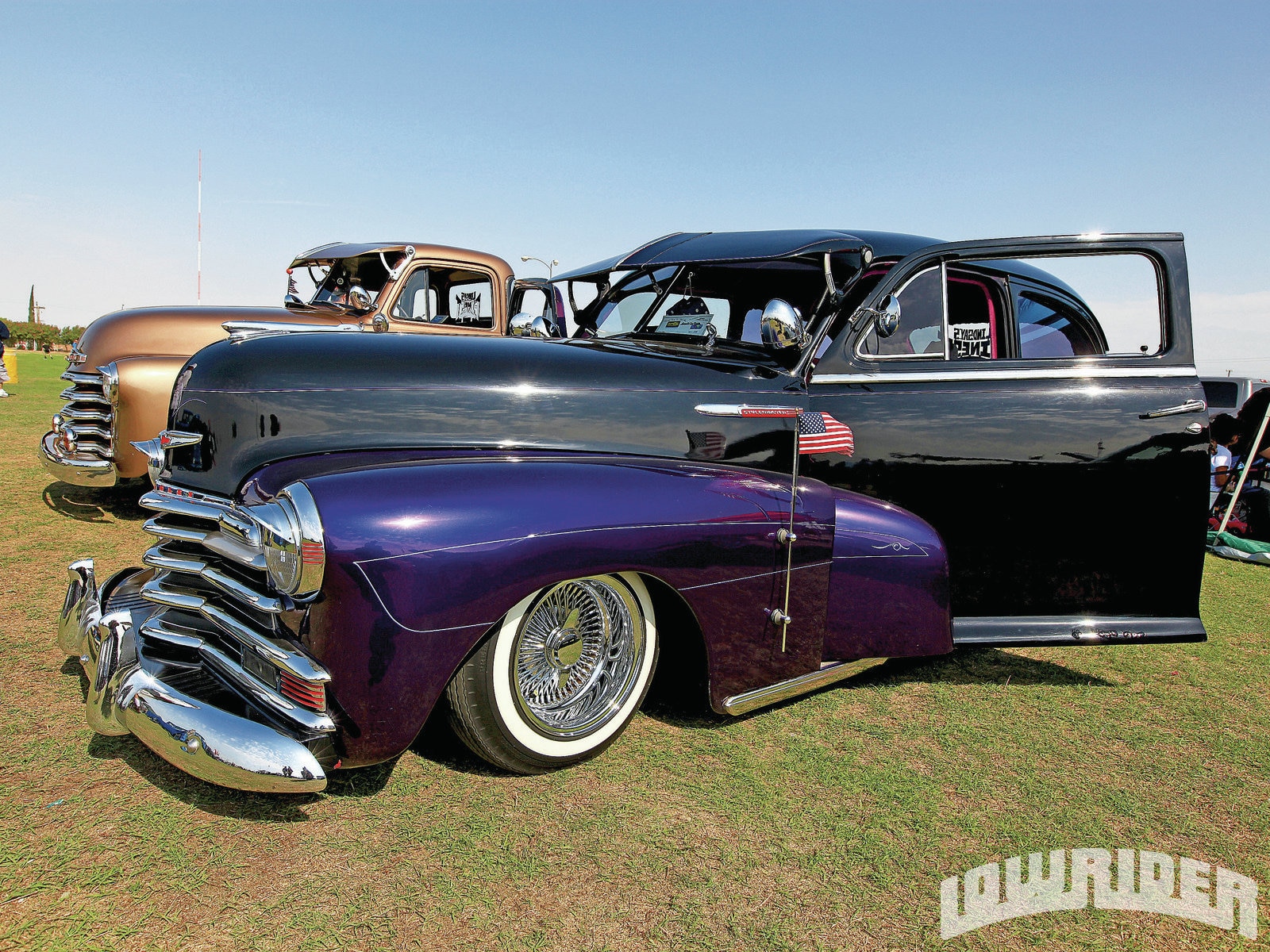 On October 17th, the Carnales Unidos, who recently celebrated their 35 year anniversary, hosted their annual benefit show at the Bakersfield Fairgrounds. This show used to be held in November, but for the past few years it has taken place in October, right after the Lowrider Magazine Super Show in Las Vegas. The show was moved up in order to try and avoid the inevitable November rains, but weather can be unpredictable. This year, Mother Nature let everybody off with a warning, as it sprinkled early in the morning but by showtime, the rain was long gone.

The Carnales Unidos are always thinking up of new ways to keep their shows fresh and unique. At this year’s show, they came up with a new idea that is sure to catch on for any shows that are held during football season. The Carnales Unidos made a game room, where you could go in and relax while you watched one of the days’ games on one of the three plasma TVs they had set up. With the Battle of the Bay between the San Francisco 49ers and the Oakland Raiders on the same day as the show, the game room was packed with football fans. Carnales Unidos also allows barbeque pits at their car show, which is always appreciated by many of the participants.

This year’s entries reached over 350. Some of the clubs that showed strong this year were Majestics, Latin World, Aztec Image, Swift, and Nokturnal. All those clubs showed up to the show in full force, eager to support the event. The Stylistics, Traffic, and Delegations had members from both NorCal and SoCal on hand. Other clubs at the show included Group, Kern County’s Finest, Rollerz Only, Goodtimes, Oldies, Classic Dreams, Insanity, Sickness, Hoodlums, Brown Society, Wicked Customs, New Friends, Lindsay’s Finest, Elite, Imperials, Ballerz Inc, City Cruisers, Showoffs, a few others, and solo riders.

Everyone had a good time and that’s our main focus explained Cirilo Reyes. The Carnales Unidos would also like to thank all the clubs, solo riders, and spectators that came out to show support and make this a successful show. Next year, the club is planning on making a few changes to attract and host a bigger crowd. Good luck guys, and thanks for looking!!