Newsletter
Sign Up today for our FREE Newsletter and get the latest articles and news delivered right to your inbox.
Home » Uniques 20th Anniversary – On The Scene 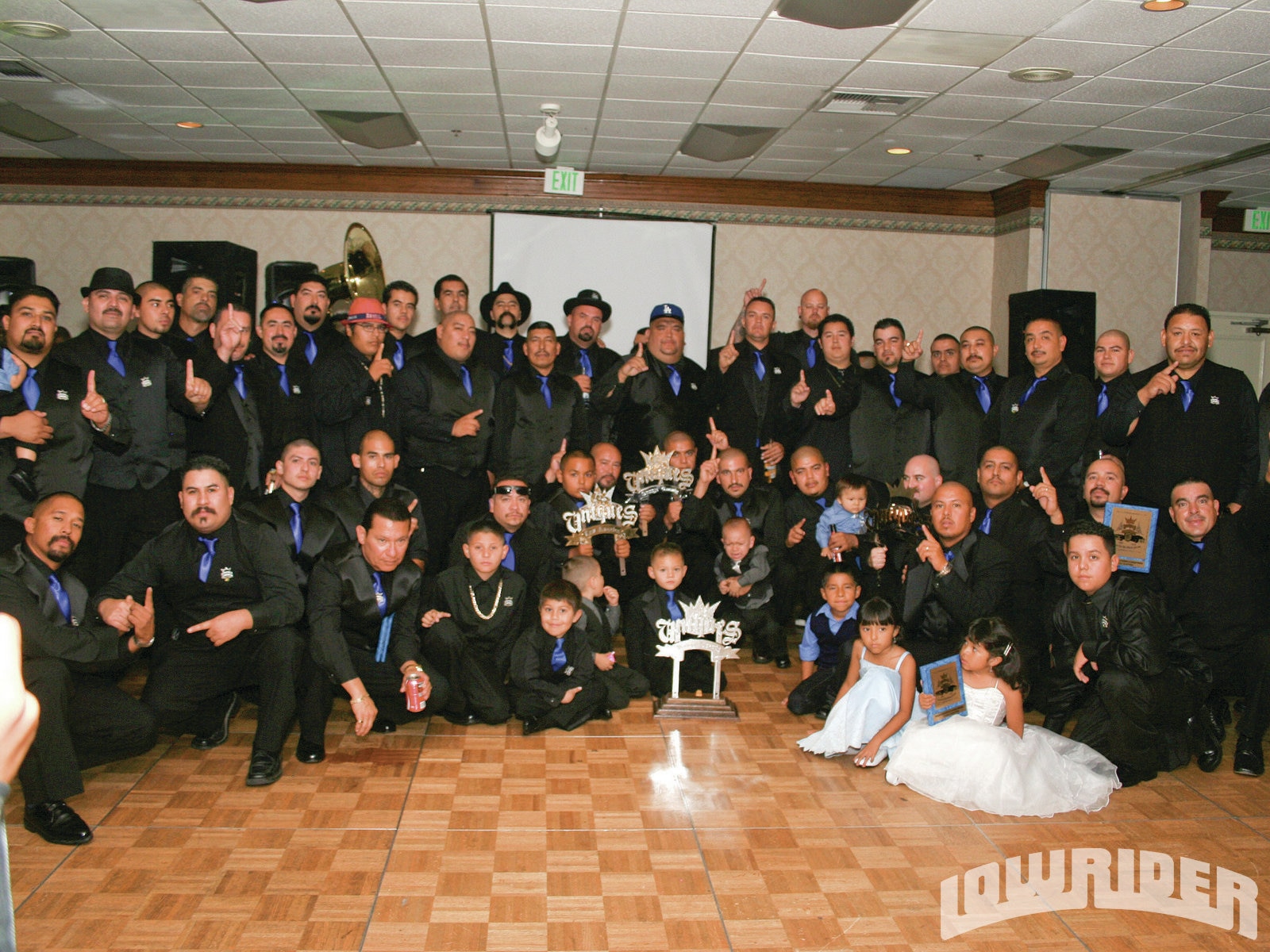 In some aspects, it’s hard to believe that it’s already been 20 years since Uniques Car Club formed in Santa Ana, California. Maybe for the longtime members, time flew by fast, but on the flipside of that coin, it can also be hard to believe that Uniques hasn’t been around longer. They have so much history and they have had a lot of exposure in LRM, television, movies and music videos. Their rsum is really quite impressive, all within a relatively short amount of time.

With much to celebrate, why not do it up big for the big 2-0? What better reason is there to commemorate the successful life and times of the Uniques organization than to come together on a Saturday night and have great food and dancing, and then finish off the weekend with a picnic get-together?

Uniques did exactly that, kicking off their big 20th Anniversary weekend at the Clarion Hotel in Anaheim, California on November 6, 2010. Club members, new and old, came together in the founding chapter’s home of Orange County. Members from as far away as Oregon and Arizona came to honor this special event, some driving as long as 17 hours! Many members even drove their customized Lowrider cars or brought them in on trailers.

Throughout the night, hundreds of attendees were treated to music from a deejay, as well as music from a live band. The catered food was top notch, and an awards ceremony honored many members for their efforts with the club. Outside of the banquet room, there was a hallway converted over to something of a makeshift Uniques shrine. Poster boards, old photos, past LRM features on club cars, and nicely displayed custom bicycles were on hand for viewing by the attendees. Club cofounder and president, Nasario Bastida, hosted the entire event, but says there is no way that the event could have been as successful as it was without the help and effort on behalf of his wife, Christina, and their kids Cynthia, Anthony, and Robert.

On the morning following the banquet, everyone was able to drag themselves out of bed after a long, fun night of partying to attend the get-together over at Heart Park in the city of Orange. Many other car clubs attended too. Once again, a live band was on hand for the entertainment, and Mexican food was catered for all. All Uniques members in attendance ended the day by taking a large club photo of members and cars.

Nasario is very proud to see how far the club has come. He points out that Uniques is one of the most respected clubs because it is one of the most respectful clubs. Uniques can hold an event or attend one and will always welcome people from other clubs to hang out with them and have a good time. That, he says, is one of the key factors in the club’s growth. With the great triumphs in Uniques history, there has unfortunately been tragedy as well. In August 1995, the Orange County chapter vice president was leaving the club meeting when he was ambushed and killed in a senseless carjacking. Armando Carranza was ultimately laid to rest, buried with his Uniques plaquean image that will stay with Nasario for life, showing him that this is a club that members hold in the utmost regard, and not just something he can ever walk out on.

Into the late 90s and early 2000s, Uniques’ popularity, hype, and membership continued to grow, not only for their outstanding reputation, but for their countless car features, including (but not limited to) Jose Delgado’s Tangerine Supreme Cutlass cover car on the February ’99 issue, Rudy Garcia’s Super Caliente ’65 Impala cover car on the July 2001 issue, and Nasario’s Soo Unique ’83 Cutlass Supreme in 1999’s LRM calendar. It also helps that the club has their own painters, like Jaime Valdez and his Victorville, California based shop, Unique Paint & Auto. Nasario and his brothers Hugo and Carlos, also build a lot of their cars on their own, doing their own custom fabrications.

Uniques continues to be a huge positive influence within the Lowriding community, hosting a toy drive every December, helping out families and upwards of 2,000 children. In the spotlight, Nasario and his custom ’70 Chevy Monte Carlo have been featured on Speed Channel’s Living the Low Life, with hostess and model Vida Guerra. Among the countless music videos that Uniques has taken part in with their unique cars, one particular well-known music artist took a real liking to one ride so much so, that he had to buy it. Rapper 50 Cent fell in love with a Uniques ’66 Impala and offered a cash deal that couldn’t be refused.

Nasario says that there is no doubt that the club will be celebrating their 25th, 30th and 40th anniversaries in due time. The club will likely continue to grow with outstanding members and head-turning rides. Nasario’s philosophy to the members is not to brag; Let the cars do the talking.

Besides family and tradition, Uniques C.C. respects where they came from, they never forgot the goals associated with their name and trying to be different. That may be part of the reason they are where they are today

Giving the students of Cerritos College’s Automotive Collision Repair Program a chance to learn how to truly rebuild a custom car from the ground up.

It’s always difficult to step out of the shadows when you’re one of eight kids in a household.

When you think about a car club, the word family always comes to mind. The concept of brotherhood, unity, and commitment are the core principles that most car clubs hold onto.