Newsletter
Sign Up today for our FREE Newsletter and get the latest articles and news delivered right to your inbox.
Home » 19th Annual Jugetes Para El Barrio 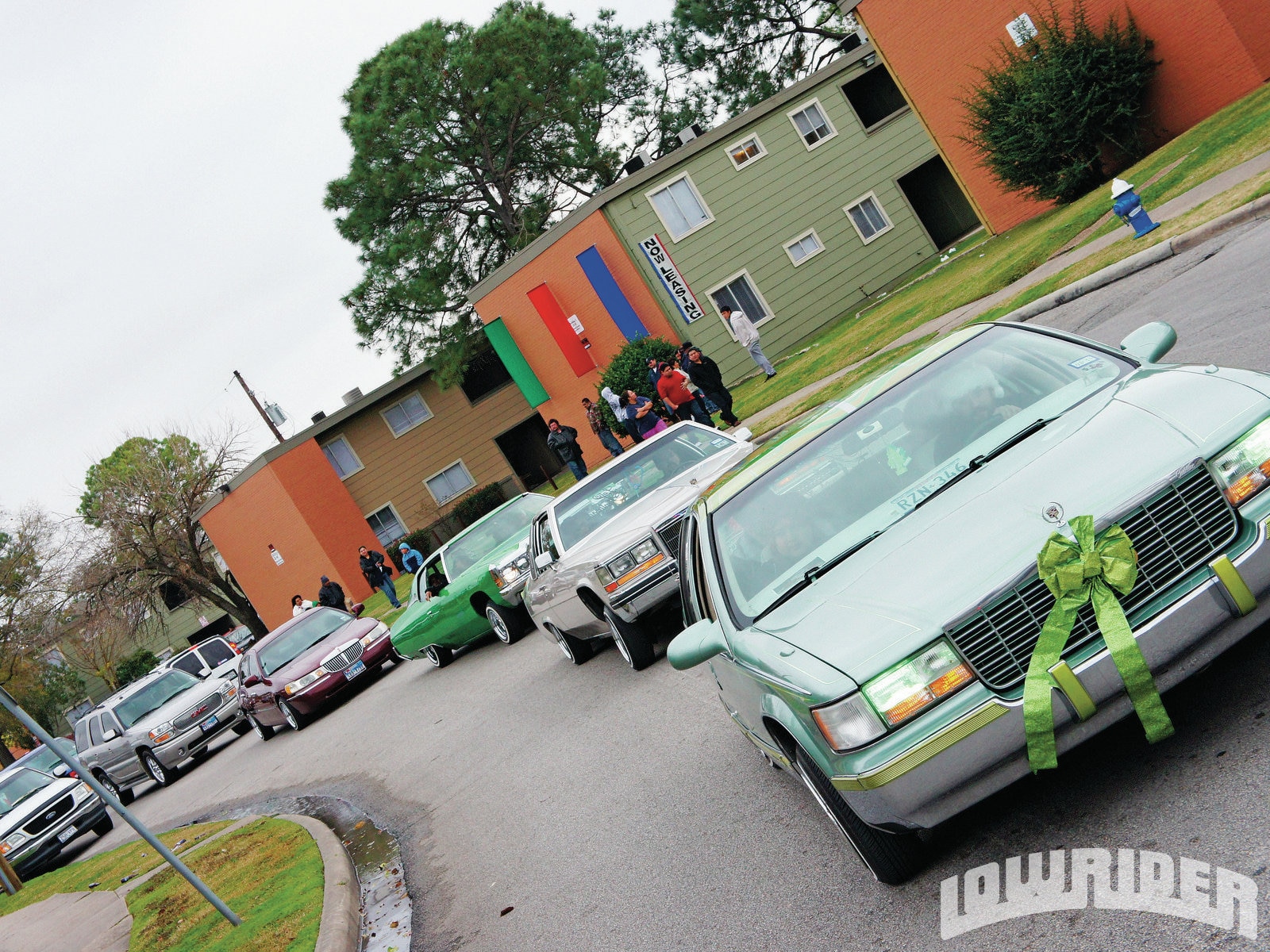 Latin Fantasy Car Club and Shorty’s Hydraulics teamed up again this year for the 19th Annual Jugetes Para El Barrio. This Christmas event has been going strong for 19 years and gets bigger and better every year. Shorty’s family and the Latin Fantasy Car Club gather early on Christmas Eve to put together over 3,000 goodie bags that include fruit, candy, and chips. On Christmas Day, the Latin Fantasy Car Club and volunteers help to deliver over 6,000 toys to low income families in the Houston, Texas area. This year, Shorty’s oldest son, John Villarreal-Vega, lead the caravan of Lowriders and volunteers from 9 a.m. with the help of Sergeant Ruben Sorola. The caravan, which included over 20 show-quality cars, was the main attraction as they pulled up to different neighborhoods with train horns blasting to let the kids know that once again they were in the area to pass out the toys and goodie bags.

As such a kind and thoughtful effort for the community, it’s no wonder this event is such a success every year. Shorty would like to thank all the people who helped out on those special days, including the car show supporters who showed up and raised funds for the toys, the local sponsors, and especially his car club members, whose hard work pays off and is rewarded simply by looking at happy expressions on the poor and needy kids’ faces. If you are in the city of Houston, stop by Shorty’s Hydraulics and donate toys for next year’s 20th Anniversary Jugetes Para El Barrio. n