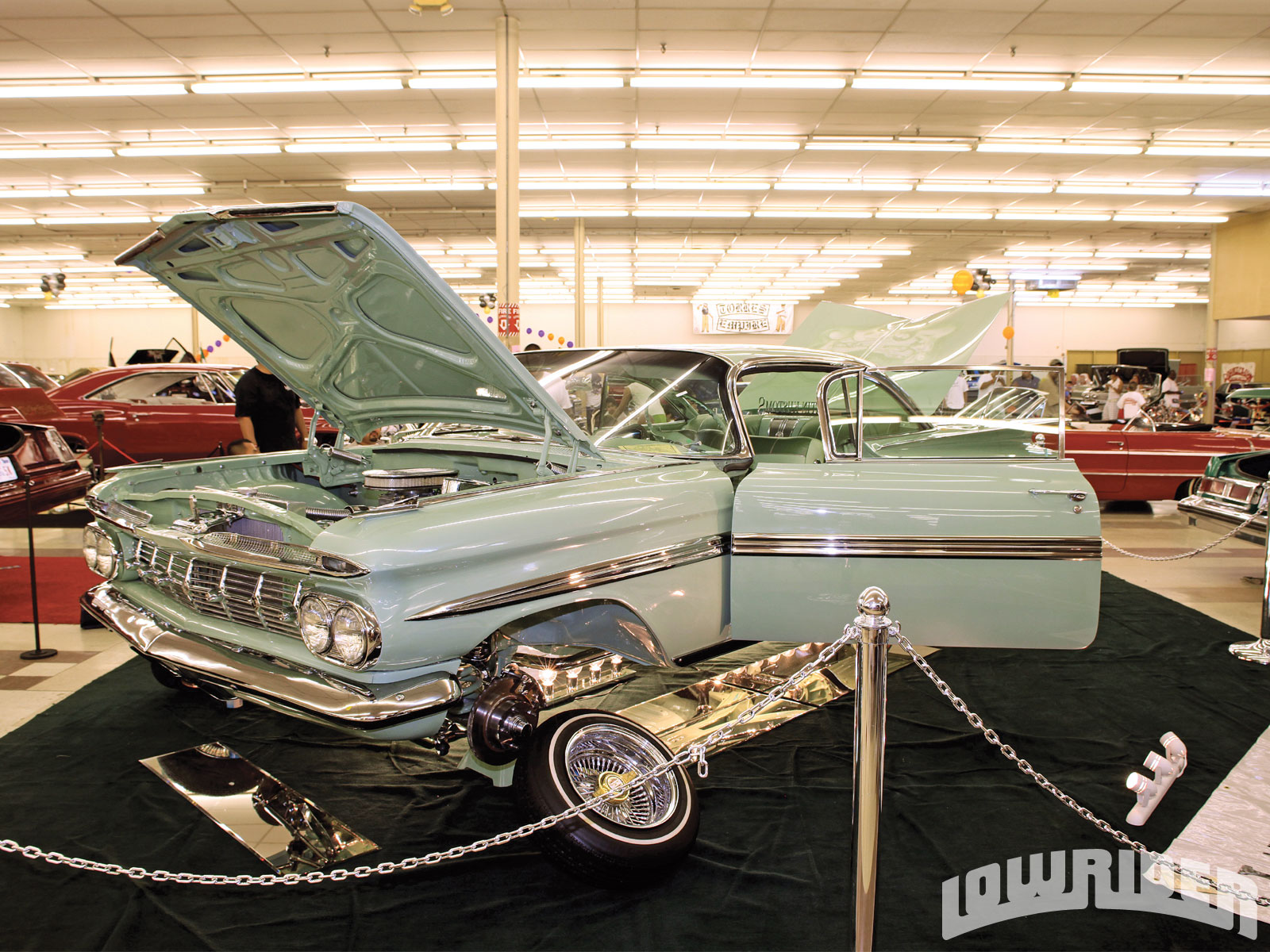 The last time the LRM 18-wheeler “Aztec” was seen cruising up Interstate 30 into D-town was for the 2005 Super Show. However, thanks to promoters Beto Espinoza of O.D.B. Entertainment and Sam Torres of Torres Empire, the truck made its way back once again, giving the Dallas Lowrider diehards the caliber of show they so desperately deserved. Held at the Big Town Exhibition Center on August 8th, this LRM-sanctioned event displayed the state’s finest, as they competed for the “Best of Texas” bragging rights.

For nearly two decades, LRM’s “Lowrider Man” became a staple in the car show scene throughout the Lone Star state, especially in the Metroplex. This annual tour stop became known as the pre-champion show, as contenders from throughout the U.S. would come to qualify for the Super Show, and still have time to add a few surprises before the final showdown. In past years, we witnessed the first sightings of future legendary champs in the form of Frank and Rosie Requena’s dual champion bombs “La Carcacha” and “Outer Limits,” Armando and Rosie Hernandez’ tandem truck champ “Pure Insanity,” and Joe Ray’s twice-crowned Lowrider of the Year, “Las Vegas.”

This year the tradition continued, as the show winners Isidro Juarez’ Truck of the Year “Prophecy,” and Joe Rivera’s traditional “401K,” qualified for the tour grand finale in Las Vegas. Taking home these honors was a great feat for both, considering that the hall was packed with over four hundred entries. Other show winners included Nicco Flores’ Best Bike, “One Luv,” and Augustine Cruz’ Best Car of Show ’86 Regal, “The God of Rain”. With an impressive lineup at the show, Best Club Participation was presented to Rollerz Only. Other clubs in attendance included Latin Kustoms, UCE, Dallas Lowriders, Ghetto Dreams, Boulevard Aces, LoLows, Majestics, Individuals, Estilo, Jokerz, WestSide, Low Lyfe, Principals, Illegal Toys, Down II Clown, Presidentez, and Insanity.

No Texas show is complete without the famous hop competition. The bragging rights continued as Bad Boyz took the gold in the single-pump with 69 inches, Irving Customs hitting back bumper with 90 inches on the double-pump, and 210 Hard Hitterz leaving little doubt in the truck hop, hitting 92 inches. What could top the radical hop for the 5000 in attendance? How about the main stage kicking it off with Latino rapper “Gemini”, followed by the Latin freestyle sounds of Lil Suzy and Stevie B.

Undeniably, Lowriding in the Metroplex is stronger than ever, as all who attended can certainly cosign. Torres Empire and O.D.B. Entertainment wish to thank the staff, exhibitors, and spectators for making this show a success. Sam also thanks his lovely wife, Elisa Torres, for her endless support, and he plans to see everyone next year! Paz, Tejas.