Newsletter
Sign Up today for our FREE Newsletter and get the latest articles and news delivered right to your inbox.
Home » Klique Orange County Car Show 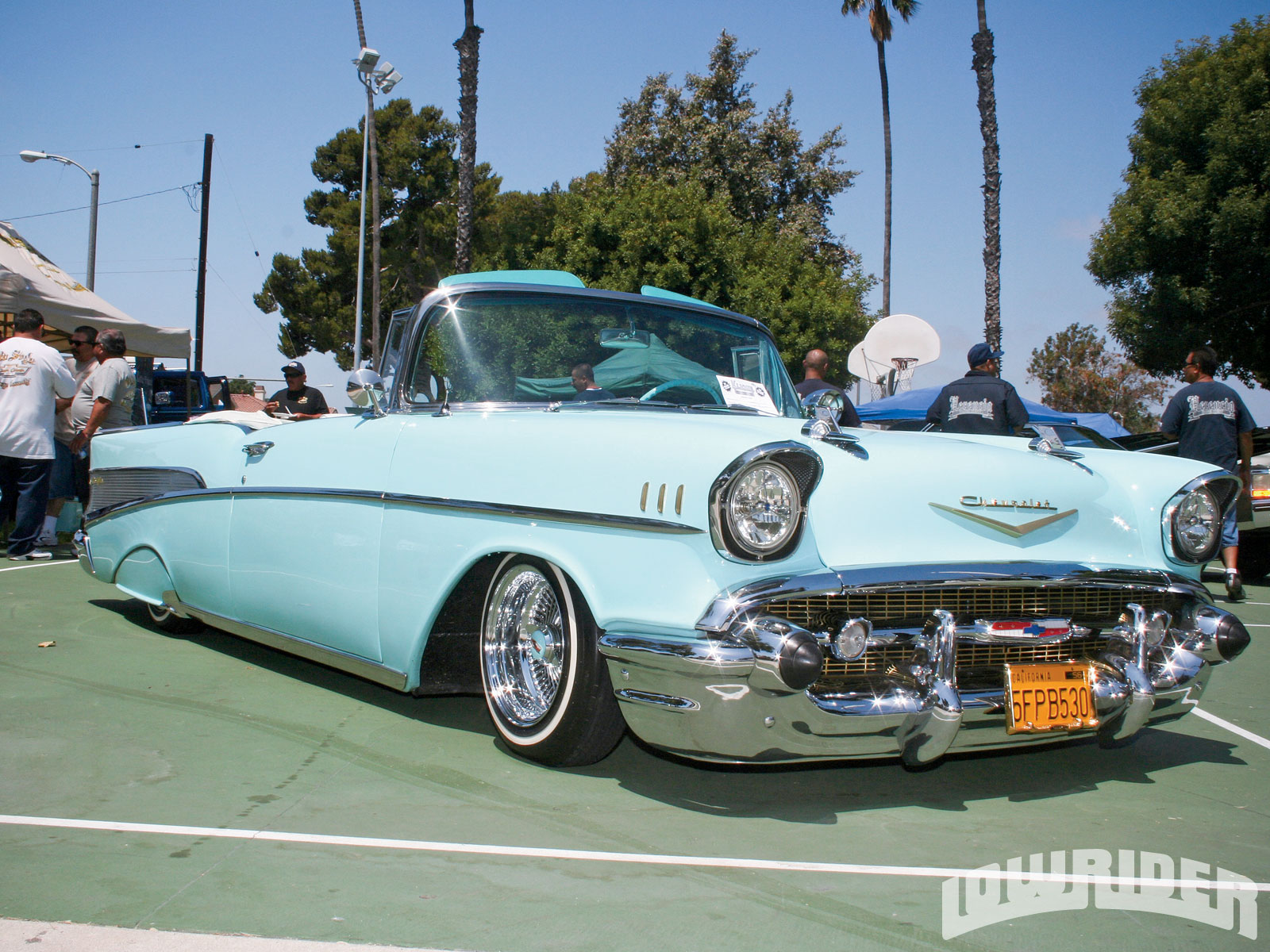 As an entity, Klique Car Club is nearly 50 years old. They originated from Southern California, and over the years, this longlasting club has expanded into many chapters, with some as far away as Texas. More recently, one of their chapters grew very rapidly and is now a sizeable fleet, consisting of fifteen dedicated members. Although this Orange County chapter started in 1989, it was actually in 1992 that Peter Tapia joined the club, and unbeknownst to him at the time, he would soon find himself taking over the reigns as Chapter President a few years later. Sergio Avila, the chapter’s current Vice President, joined in 1999. With this duo behind the wheel, Klique – Orange County Chapter has gone on to feature some of the cleanest and strongest rides in Lowriding’s recent years.

Along with the recognition it would bring, the chapter’s governing body and members decided that they were at a place where they could throw a quality car show, in the hopes of showing off a taste of what their county has to offer; the finest cars, prettiest women, and nicest weather in all of SoCal! A date was set for Sunday, June 27, 2010 in the city of Westminster, California. Klique members from all chapters – even some of those guys from El Paso, Texas and Phoenix, Arizona – came to show support for their O.C. chapter brothers. Various car clubs and solo riders came from all over Southern California and beyond, making up a roster of over 350 custom cars, trucks, and bicycles on display for this one-day event. Nesario from Uniques Car Club and Ronny “Yukmouth” Trejo from Temptations Car Club helped out with the preparations and operations of the show, while New Wave Car Club had members who came out in support from as far away as Dallas, Texas!

The temperatures for the day peaked in the 80’s and the sun spent the afternoon shining down on all the chrome and candy paint that was on display. The neighboring water park and playground provided plenty of activities for the kids, and with so many large trees all around the show grounds, many people brought out their lawn chairs to set them up under the shade and kick back and relax. The feeling in the air was nothing but good vibes, and the feedback by the end of the event was totally positive. Everybody seemed to agree that there would definitely need to be another Klique – Orange County car show for 2011.

On behalf of the club, Sergio sends thanks to all those who helped out and/or came out for the show, and he also sends thanks to the sponsors, including John at HMS Wheels, Manny at ABS Power Brakes, Joe at Bristol Sound, 7 Days Tire Center, Goldstar Wire Wheels and Hogg Boy at Crooked Wayz Clothing. See you next year!