Newsletter
Sign Up today for our FREE Newsletter and get the latest articles and news delivered right to your inbox.
Home » Lowrider Experience Tour 2010 ODB Productions – Albuquerque, NM 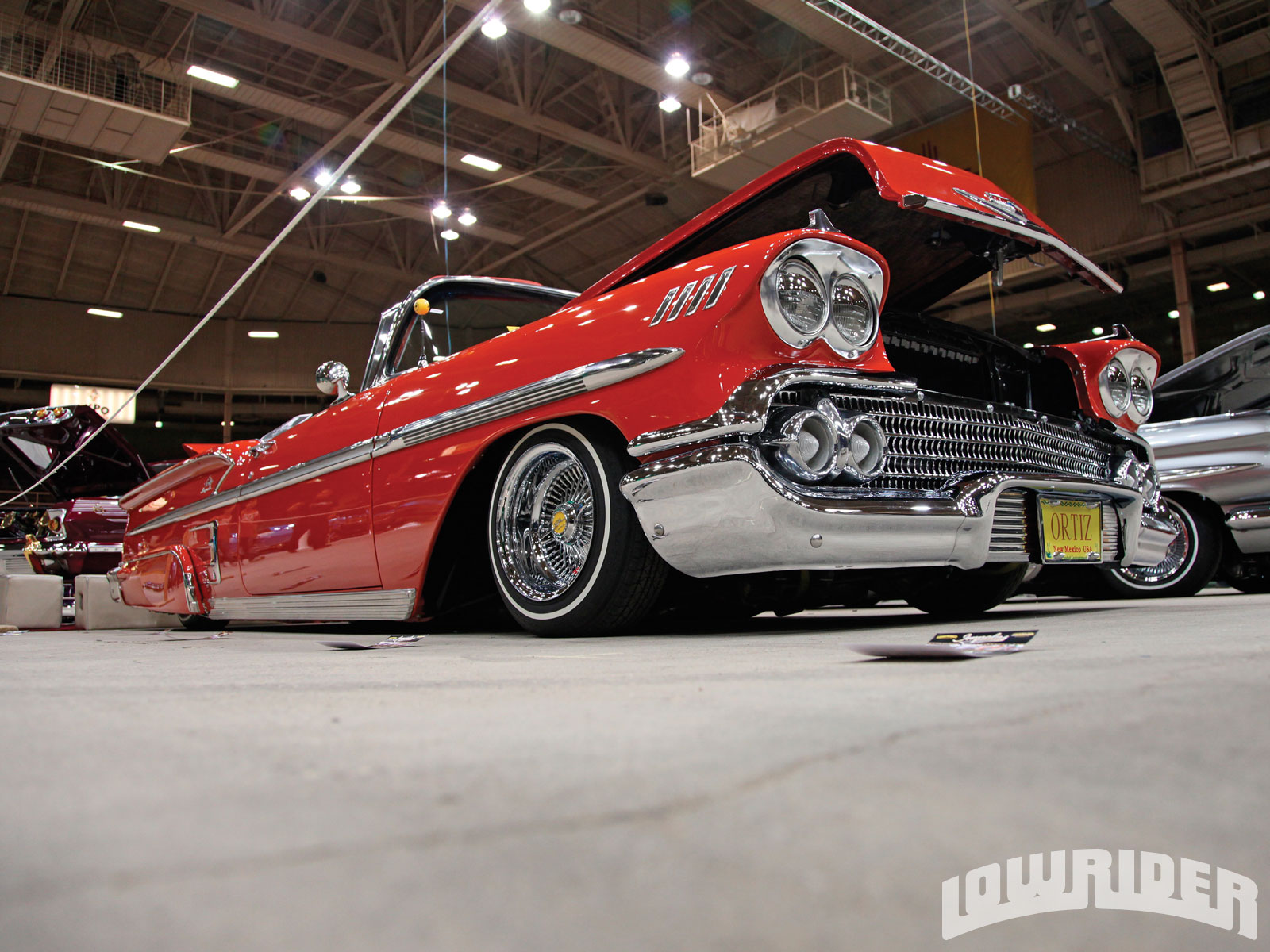 This past Cinco de Mayo weekend Albuquerque, New Mexico AKA Duke City played host to O.D.B. and Lowrider Magazine’s event at the state fairgrounds, some five miles east of the downtown skyline. It’s third stop of its 2010 tour, O.D.B. chose Duke city, which is home to some of the richest culture in the southwestern United States. From the tasty green or red chile available at the dining tables at home or local eateries to the amazing climate and it’s warm, friendly people. And so, what better way to experience some of New Mexico’s best lowriders than to have it at one place big enough to showcase such a variety of traditionals, low bikes and bombs. The region hasn’t had Lowrider Magazine show such love for quite a while as they did during the show and afterwards as they stayed in town to do a few photo sessions. There were plenty of great rides to experience first hand as the people of “ABQ” roamed the grounds.

With more than 400 entries, the indoor/outdoor venue reached full capacity with some of the area’s custom lows, dubs and imports. Showcased on the main floor were clubs like the Imperials, Dukes, and Rollerz Only car clubs.

Some top quality bikes were also on hand kicking off the entertainment were musical artists and rappers like Mike Jones, Baby Bash, Gorilla Zoe and Jimmy Roses. For the horn dogs there was the booty-shaking bikini contest where 10 girlies vied for the $250 First Place prize that ended up going to the lovely Tanya Love who was out from San Diego, California. Keep an eye out for Tanya, she’s been modeling her way throughout the show circuit and is bound to get a few magazine layouts in the near future.

Since the weather was quite iffy, the hop was held under a big tent-like structure, where it sheltered most of the crowd and hop contestants from the occasional deluge. There was a delay before the hop, seems that someone misplaced the bolts that held the top portion of the measuring stick so the hop crew had to improvise by using screw drivers and shipping tape. Hey, it could’ve been chewing gum and rubber bands, as long as it held for the duration of the hop, right?

The pit didn’t have too many entrants but where they lacked in number they made up for in enthusiasm. The guys at Hi Low Hydraulics had the crowd going with their super clean black ’63 Chevy Impala that had plenty of go it to go along with the show. The car was show worthy but demonstrated that it could hop with the best of them. Not to be out done, the guys from Epstein’s had their blue ’64 Impala do it’s thing and made their appearance a memorable one.

So whether the weather was sunny or soggy, it’s hard to keep the lowriders of New Mexico down. They showed us what they’ve got and shared the pride in their rides be it, three or four wheeled creations. We look forward to seeing more beautiful rides from the Land of Enchantment. Later.