Newsletter
Sign Up today for our FREE Newsletter and get the latest articles and news delivered right to your inbox.
Home » 2010 Guadalupe Lowrider Car Show 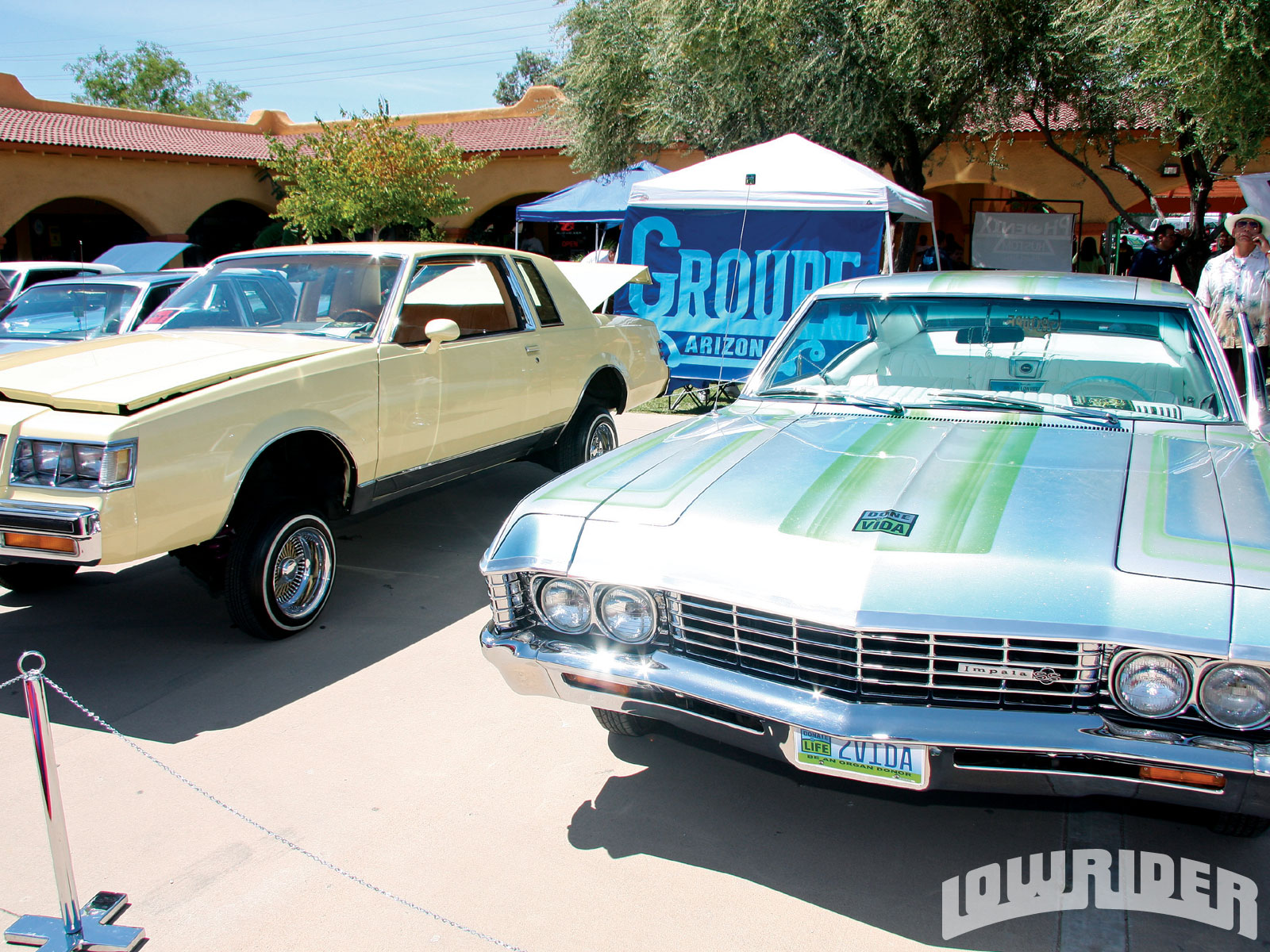 Situated between Phoenix and Tempe on the east end of South Mountain park, Guadalupe, Arizona, is a small town of about 5,500 residents of Mexican and Yaqui descent, and is becoming the epicenter for one of the premier lowrider events in Arizona. For the 10th year, the Intimidations Car Club of Guadalupe put on the annual lowrider car show, brining together 350 of the best lowrider cars and bicycles from all over the southwest.

The car show, which started off as a small event in the center of town, is now one of the states most anticipated lowrider events throughout the calendar year. Gaining such respect that many lowrider car clubs look forward to the show each and every year. This year’s show was held on April 11th, a week after Easter Sunday, and it was no exception.

Car clubs like Klique, Majestics, Rollerz Only, Society and Spirit, to name a few, made their way down Avenida del Yaqui to the Mercado on the south end of town. Proudly placing their lowrider’s on display for the more than 7,000 spectators that came out to the show on that beautiful and sunny Sunday afternoon.

Some of the notable winners from this year’s show was a Turquoise-colored 1963 Impala convertible with an original O.G. Abel mural on the trunk lid from Klique car club, and it took home the events best of show in the car category. Also, two-time defending Lowrider Bike of the Year; “Man of Steel” from Nemesis Car Club took home the prize for the top bike. As one of the judges put it, “there was no shortage of quality cars in attendance.”

“With this years show being such a huge success, it will be hard to top it for next year, but that’s what we tell ourselves each year,” Miguel from Intimidations car club, says. But with the help from the town administration and council and the love and respect from the Lowrider community, we hope the show continues to grow and continues being one of the top lowrider events in the state.

For up to date information and photo galleries of previous years shows, please visit www.guadalupecarshow.com.