Newsletter
Sign Up today for our FREE Newsletter and get the latest articles and news delivered right to your inbox.
Home » San Fernando Valley Oldies Car Show – Oldies Car Club 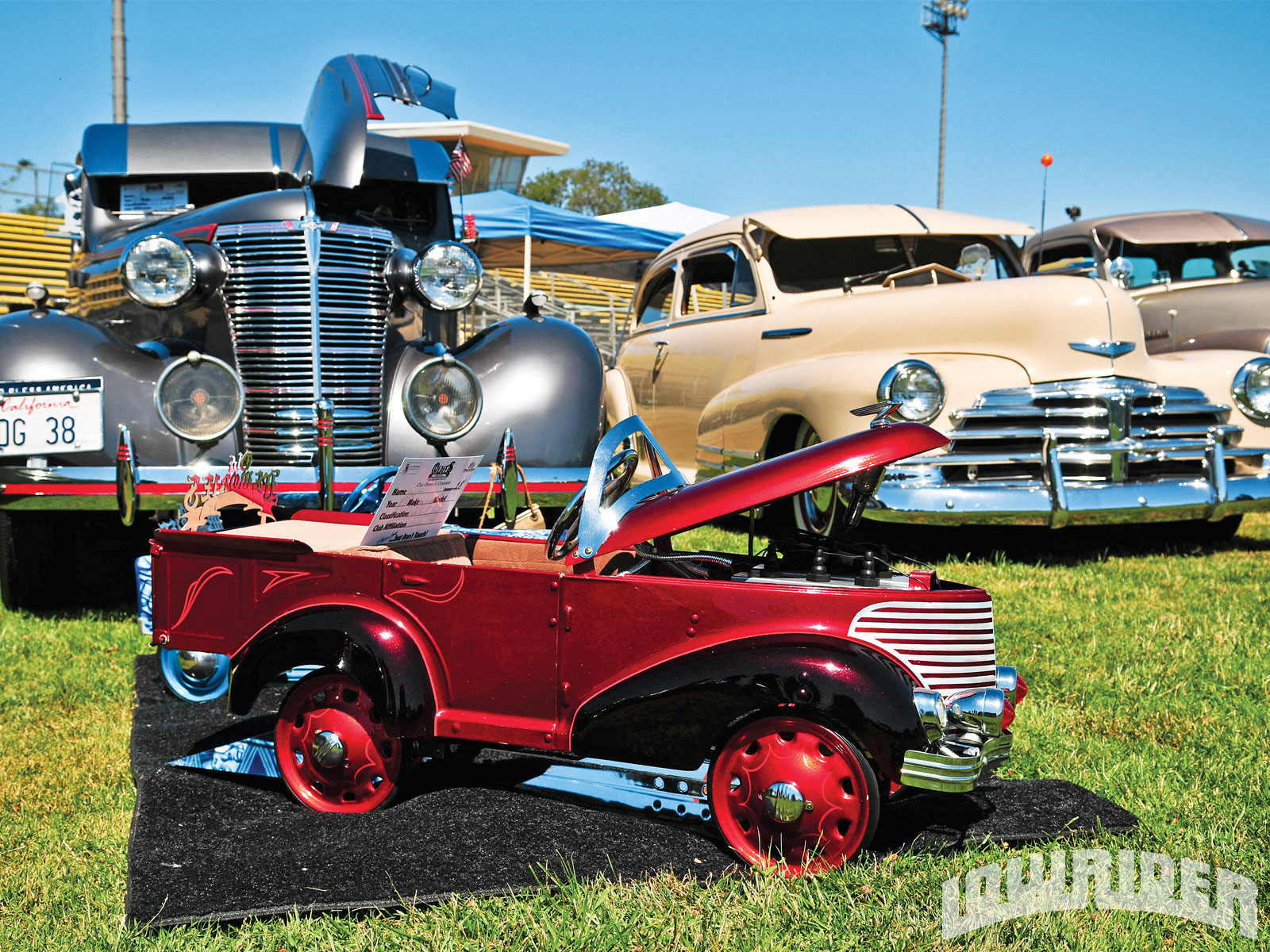 As one of the oldest high schools in the Los Angeles area, San Fernando High School is full of history, and can boast of some notable alumni including comedian Cheech Marin and musician Ritchie Valens. The school has had much success over the years in both the classroom and on the playing fields, and it can now add the success of a summer time car show to its history books.

The high school grounds played host to a car show and concert hosted by The San Fernando Valley’s Oldies Car Club. Oldies took full advantage of the available space, and had show participants spread out throughout the high school. Over 600 participants lined up early on Sunday morning and braved the July heat wave to be part of the event. Car clubs from all over the Southern California area showed up to support the show. Multiple chapters of Old Memories Car Club lined the show grounds, along with quite a few of the other chapters of Oldies Car Club. Pachuco Car Club had members from the Oxnard and San Fernando areas showing their best, and even chose the show to debut a couple of new rides. There were quite a few clubs representing the Oxnard and Ventura area, including Viejitos, La Gente and Pueblos Unidos. The Majestics, Los Angeles, UCE, GoodTimes, High Class and Infiniti also showed up ng off their Sunday best. If you like Bombs, Lowrider bikes, motorcycles or radical show cars, this event had just about every type of custom on display.

There was plenty of entertainment scheduled for the day, including a concert and hopping contest. In between the musical acts, DJ Lalo kept everyone in good spirits with his music selections. As always there to represent in force at the show. There were plenty of vendors at the show selling everything including food, drinks and clothing, much to the delight of the spectators. The show ended with the trophy presentation, and many attendees walked home with awards, ensuring that a great time was had by all. If you missed the show this year, make plans to attend next year. You won’t regret it!